Posted by Vincent Henderson on September 25, 2021 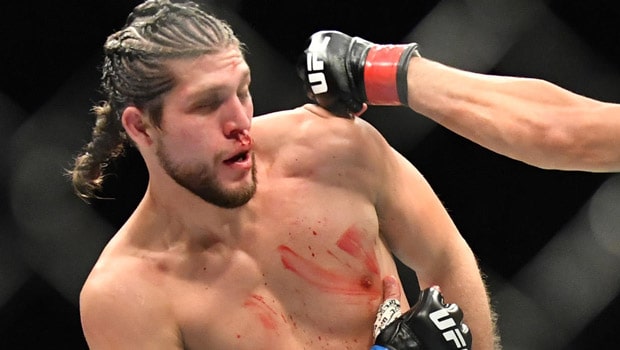 The Ultimate Fighting Championship has a jam-packed schedule and this Saturday we are getting what should be a very entertaining UFC featherweight title fight between Alexander Volkanovski and Brian Ortega.

Alexander Volkanovski has been unstoppable, winning his last 19 fights and he is 9-0 since joining the UFC in 2017, with wins against Darren Elkins, Chad Mendes, Jose Aldo and Max Holloway. Volkanovski won a unanimous decision against Holloway to capture the UFC featherweight title at UFC 245 on December 14, 2019 and in his last fight he won the rematch against Holloway via split decision at UFC 251 on July 11, 2020.

Volkanovski won a Greco-Roman wrestling national title at age 12 to begin his MMA background began before a career in semi-professional rugby temporarily steered him away from mixed martial arts. He eventually returned to the sport and used years of kickboxing training to complement his wrestling background.

Brian Ortega found his love for MMA during the early years of his life. With Muay Thai and Brazilian Jiu-Jitsu at the forefront of his skillset, his 8-0 undefeated record caught the UFC’s attention in 2014. Ortega is 7-1-1 in the UFC. Max Holloway beat Ortega via TKO in the fourth round at UFC 231 on December 8, 2018 during his first title opportunity. This is the only loss of Ortega’s career and it was a wake-up call for someone he had wins against Diego Brandao, Clay Guida, Renato Moicano, Cub Swanson and Frankie Edgar before facing Holloway.

It’s been almost three years since the epic fight between Holloway and Ortega and the challenger beat Chan Sung Jung via unanimous decision at UFC Fight Night 180 to put himself straight back into UFC featherweight title contention. The 30-year-old is just entering the prime of his career, which is a scary thought when looking back at what he has accomplished so far.

After a majority draw against Nicolas Dalby at UFC Fight Night 76 on October 24, 2015, Till suffered a significant shoulder injury and different personal issues kept him out for a while. He returned to face Jessin Ayari at UFC Fight Night 109 on May 28, 2017 and he won via unanimous decision.