Posted by OLADIPUPO MOJEED on September 24, 2021 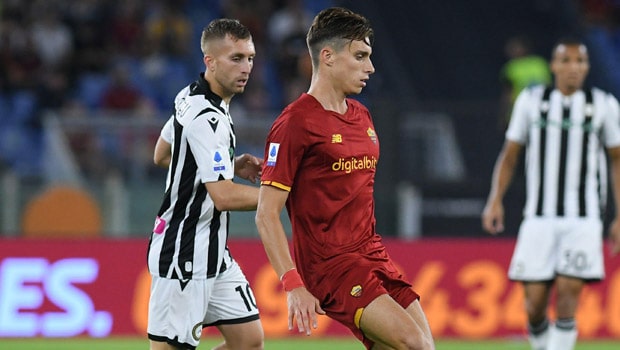 Roma has returned to winning ways after defeating Udinese 1–0 on Thursday night at the Stadio Olimpico.

It could be recalled that the Gialorossi suffered their first defeat under Jose Mourinho against Verona on Sunday.

But Abraham’s tap-in from Riccardo Calafiori’s cross secured the maximum points for the hosts. They have therefore won four from five league games.

Napoli had continue their perfect start in the league with a 4-0 win against Sampdoria away from home. Nigerian striker, Victor Osimhen who opened the scoring for the Naples later got a brace before Fabian Ruiz and

Meanwhile, Sampdoria’ coach Roberto D’Aversa felt the scoreline didn’t reflect their performance. During the game, the hosts had thrown away several chances, before Napoli adapted in the game, and began to fire from all cylinders.

Juventus finally secured their first win of the season. The former Serie A champions struggled in the ga,e as they had to come back from behind o defeat Spezia.

Since joining Roma from Chelsea for £34m in August, Abraham has scored three times in seven games for Roma. His second of the league proved to be important for the Gialorrossi.

He is gradually settling into the side after starting all the five Serie A games so far.

Meanwhile, Lazio laboured to secure a 1-1 draw at Torino.