Posted by Vincent Henderson on October 18, 2018 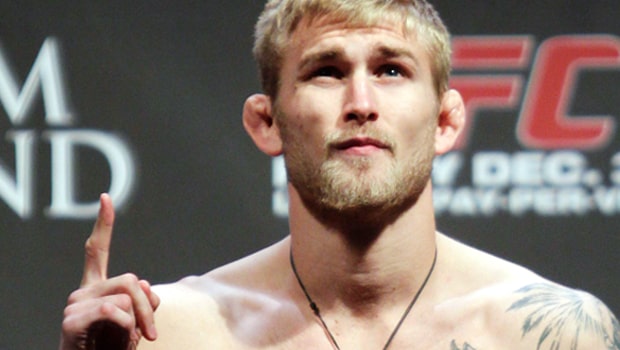 Alexander Gustafsson is adamant he has what it takes to beat Jon Jones when the pair go head-to-head for the second time at UFC 232 on December 29.

In one of the most memorable UFC title fights of all time, Gustafsson and Jones first squared off at UFC 165 in September 2013 at the Air Canada Centre in Toronto.

The 31-year-old American managed to get the better of his Swedish opponent on that occasion, winning by unanimous decision after five rounds of the highest quality.

Fans are now eagerly awaiting the second installment but it has not been an easy road for either fighter since the clash five years ago, with injuries and positive drugs tests just two factors that have had to be dealt with.

Gustafsson, who was last seen knocking out Glover Teixeira in his hometown at Fight Night Stockholm in May 2017, had an operation in November last year to deal with a shoulder issue that included a metal plate and three screws.

Jones is returning for the first time since knocking out Daniel Cormier at UFC 214 (that fight was later deemed a No Contest) and the American has not lost a fight in nine years.

It is a very impressive record ‘Bones’ has but Gustafsson, who was due to return to the cage in July to fight Volkan Oezdemir at UFC 227 before injuries to both fighters saw the match fall through, is not fazed.

“I know that he’s not unbeatable,” the Swede said. “I know he bleeds. I know I can beat him.”

Gustafsson will be taking on Jones for the light heavyweight title after Cormier was stripped of the belt.