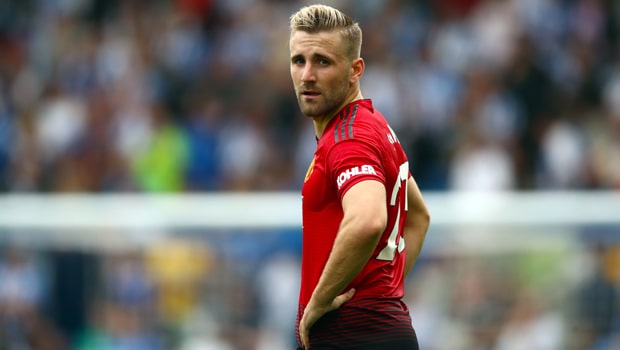 England international Shaw joined the Red Devils from Southampton in 2014 for a fee believed to be in the region of £30million and big things were expected after his rise through the ranks at St Mary’s.

However, a double leg fracture at the start of the 2015/16 season hampered his progress and he struggled to regain his spot in the first team when back to full fitness.

The 23-year-old looked to be heading for the exit door after being publically criticised by manager Jose Mourinho last season and there were a number of teams interested in his services in January.

But the left-back has shown great determination to battle his way back into the starting XI and he has played in all but one of United’s eight Premier League matches this season.

Shaw, who also earned a recall to England’s squad last month, now looks set for a longer stay in Manchester after numerous reports claimed he has signed a new five-year deal, worth £150,000 per week.

United are yet to officially confirm the deal although it is thought Mourinho will use his press conference on Friday to reveal the defender’s new contract.

Shaw is expected to start for the Red Devils in Saturday’s huge clash against second-placed Chelsea at Stamford Bridge.

The Blues, who are only behind table-toppers Manchester City on goal difference, are the 1.75 favourites to pick up a win.