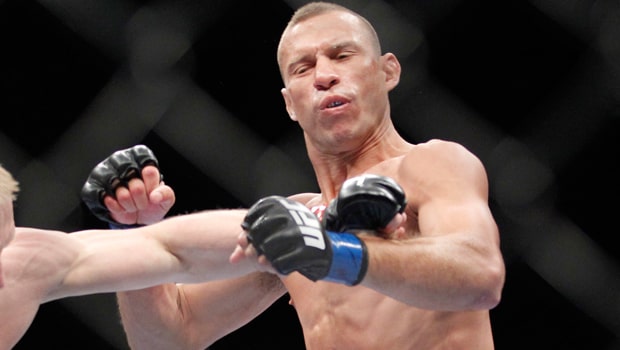 Donald ‘Cowboy’ Cerrone has called out controversial Irishman Conor McGregor after his decision victory over Al Iaquinta at lightweight level on Saturday.

Cerrone, the eighth-ranked fighter in the lightweight division, picked up the unanimous victory over Iaquinta in the five-round contest on Saturday, making it three wins on the bounce for the American fighter.

In his post-fight interview, the 36-year-old, who fought at welterweight from 2016-2018, decided to call out McGregor, saying he was “ready” to face the former two-division champion.

The 30-year-old Irishman revealed in March that he had retired from MMA although there are growing reports he will make a U-turn on his decision this summer.

Cerrone, who notched his 23rd UFC victory on Saturday, believes he is the right person to take on McGregor if he can tempt him out of retirement.

“Let’s dance,” he told TSN when asked about McGregor. “If he wants to come back in July, we’re ready. Fourth of July weekend, I love international fight weekend.”

Cerrone also spoke about the potential of filling in if either Khabib Nurmagomedov or Dustin Poirier pulled out of their lightweight title unification bout at UFC 242 on September 7, saying choosing him makes “perfect sense”.

“I think it would make perfect sense to get Conor and me on it,” he told UFC news.

“I just think if something happens and they need somebody else for a title shot, it better be me. “I’ve done so much in the sport, they would be foolish not to. I feel entitled.”