Matt Ritchie looking to ‘finish on a high” 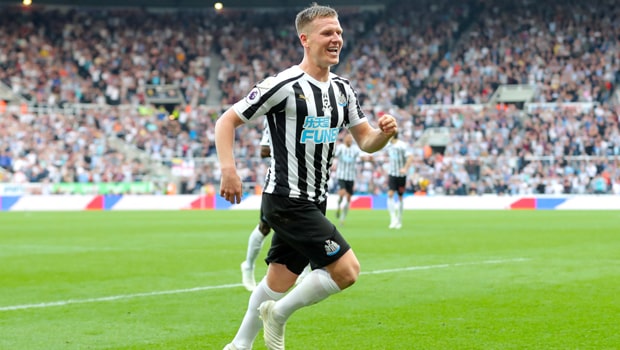 Matt Ritchie is hoping Newcastle United can dust themselves off and end their Premier League campaign on a positive note away at Fulham on the final day of the season.

Newcastle welcomed Liverpool to St James’ Park on Saturday evening for their final home game of the campaign and the two teams put on an entertaining encounter in front of a packed crowd.

Virgil van Dijk powered home a header to give the visitors the lead before Christian Atsu levelled the scores after smashing in the rebound from Salomon Rondon’s shot, which hit Trent Alexander-Arnold’s arm on the line.

The Reds went back ahead through Mohamed Salah’s neat volley, sending them 2-1 ahead at the break, before Rondon’s crisp finish after the interval brought the scores level once again.

Second-half substitute Divock Origi snatched a late winner for Jurgen Klopp’s men when heading in Xherdan Shaqiri’s freekick, putting the Merseysiders back on top of the Premier League by two points.

It was a frustrating finish to the game for Newcastle, who are safe from relegation, but Ritchie is hoping his side can end their campaign with a win at relegated Fulham on May 12.

“But hopefully we can finish on a high next week. It’s frustrating, but I suppose you have to look at the full picture.

“We have been good at home this season and I think you can see the fans appreciate the effort the lads have put in, and hopefully we can get three points next Sunday and finish on a high.”