Posted by Vincent Henderson on October 7, 2021 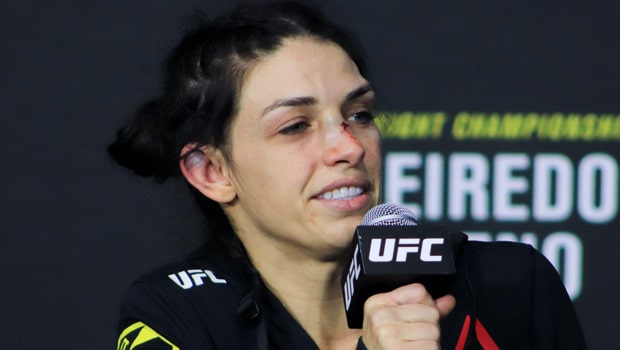 The Ultimate Fighting Championship has a jam-packed schedule and this Saturday we are getting what should be a very entertaining strawweight fight between Mackenzie Dern and Marina Rodriguez.

Mackenzie Dern was considered hot prospect to watch out for when the UFC signed her and she didn’t disappoint. The hype came from her accomplishments in Brazilian Jiu-Jitsu. Dern is regarded as one of the greatest female grapplers of her generation, she boasts a BJJ black belt and once had the title of World No.1 ranked IBJJF (International Brazilian Jiu-Jitsu Federation) competitor, after winning titles like the ADCC and no-gi BJJ World Championship.

Dern began practicing when she was three-years-old and she competed in the women’s adult division by the age of 14, steadily progressing throughout every belt rank whilst obtaining championships at every belt level. Dern’s dominant Jiu-Jitsu tenure deserves respect because everything she accomplished was before she turned 20.

Professional MMA was the next step. Dern debuted for Legacy Fighting Alliance (LFA) in 2016 and she won four straight fights (two via submission), which led her to Invicta FC. A submission finish in her debut gave the UFC no choice but to add her to their roster and she’s 6-1 since, with four submission wins, which isn’t surprising. Dern has won her last four fights and she’s coming off a Round 1 submission victory against Nina Nunes at UFC Vegas 23 on April 10.

Marina Rodriguez is an anomaly of mixed martial arts and pretty much the opposite of Mackenzie Dern. She doesn’t possess a lot of experience, as she’s been competing as a professional MMA fighter for five years but her in-cage skillset is second-to-none and once the door closes she unleashes her Muay Thai offense and nobody would guess that she hasn’t been doing this all her life.

Rodriguez won nine professional fights within the Brazilian regional MMA scene, which prepared her for the UFC and she made a statement with a Round 1 knockout against Maria de Oliveira Neta on Dana White’s Contender Series on August 11, 2018. The win rolled out the red carpet for her to step into the UFC octagon and she went 4-1-2 since. In her last fight, she won a unanimous decision against Michelle Waterson at UFC Vegas 26 on May 8.