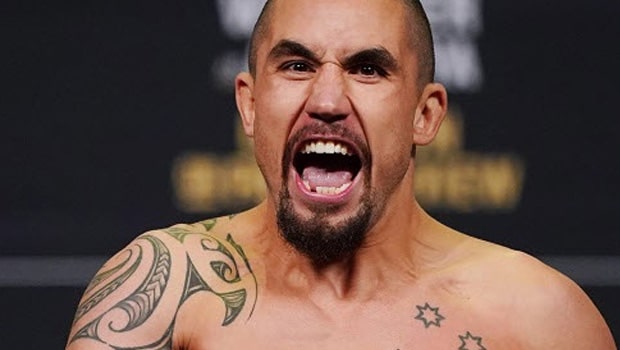 This Saturday the UFC will give us a very entertaining middleweight fight between Robert Whittaker and Kelvin Gastelum. Whittaker, the former UFC middleweight champion, was scheduled to face Paulo Costa, who pulled out after catching the flu and Gastelum stepped in on short notice.

At age 14, Whittaker trained Hapkido at a gym run by Henry Perez, who eventually transformed it into an MMA gym and he began training in mixed martial arts, preferring it over the National Rugby League.

In 2008, Whittaker began competing professionally and he debuted in the UFC at UFC on FX 6 on December 15th, 2012, also known as “The Ultimate Fighter: The Smashes Finale,” beating Bradley Scott via unanimous decision to become the welterweight winner of the show.

An impressive run of seven straight wins after moving to middleweight in 2014 helped him earn a fight for the interim middleweight title against Yoel Romero at UFC 213 on July 8th, 2017. Whittaker won by unanimous decision, becoming the first Australian and first New Zealand born fighter to hold a UFC title. He then won the rematch by split decision at UFC 225 on June 9th, 2018. Then, Israel Adesanya knocked him out in the second round at UFC 243 on October 5th, 2019 but he got back on track with unanimous decision wins against Darren Till and Jared Cannonier.

Kelvin Gastelum won The Ultimate Fighter at welterweight, and he is a current middleweight star who has has honed his skills over the years. Gastelum joined the UFC as a professional with a 4-0 record at age 21 and he doesn’t enter the octagon unless it’s against the best competitors.

Born and raised in San Jose, California of Mexican descent, Gastelum began his martial arts journey through a wrestling gym. A 5-0 record on the Mexican and Arizona MMA circuits earned him the opportunity on the The Ultimate Fighter: Team Sonnen vs. Team Jones and he became the youngest winner in the popular reality show’s history.