Posted by Vincent Henderson on October 29, 2021 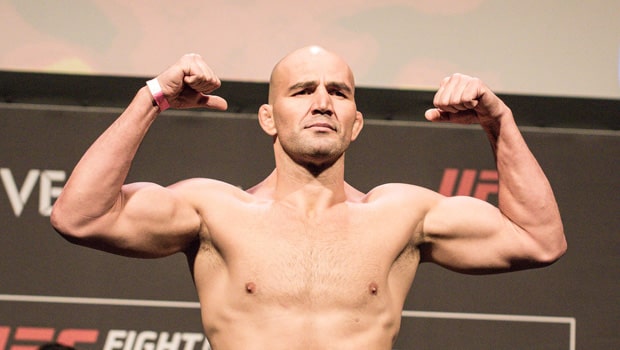 The Ultimate Fighting Championship has a jam-packed schedule and this Saturday we are getting what should be a very entertaining UFC light heavyweight championship fight between Jan Blachowicz and Glover Teixeira.

Hard work in silence and impressive, violent wins led to the well-deserved title opportunity for Blachowicz and he made the most of it against Dominick Reyes. Blachowicz is riding a five-fight win streak over Corey Anderson, Ronaldo Souza, Luke Rockhold, Reyes and UFC middleweight champion Israel Adesanya – all of which are current champions, former champions or title contenders.

Blachowicz went 17-2 across Europe as part of his long and prosperous career in mixed martial arts and he is 11-5 in the UFC, beating three of his last five opponents by KO/TKO. In his last fight, he won a unanimous decision against UFC middleweight champion Israel Adesanya, who moved up to light heavyweight at UFC 259 on March 6.

Born in Sobrália, Brazil, Glover Teixeira worked in landscaping while he started his training in Brazilian Jiu-Jitsu. John Hackleman eventually invited him to train with world-renowned fighter Chuck Liddell at The Pit in California.

The UFC signed Teixeira in 2012 and he made his debut with a first-round submission victory against Kyle Kingsbury at UFC 146 on May 26, 2012. His wins against Kingsbury, Fabio Maldonado, Quinton Jackson, James Te Huna and Ryan Bader led to a title shot against Jon Jones but he lost via unanimous decision at UFC 172 on April 26, 2014.

Teixeira has also competed for organizations like WEC, SF, PFC, Bitetti Combat, Impact FC and Shooto Brazil and he’s represented the Brazilian National Wrestling. Nowadays he still trains in his Teixeira MMA & Fitness gym, which was established in 2014. The 42-year-old has won six of his last seven fights, including five straight against Karl Roberson, Ion Cutelaba, Nikita Krylov, Anthony Smith and Thiago Santos.