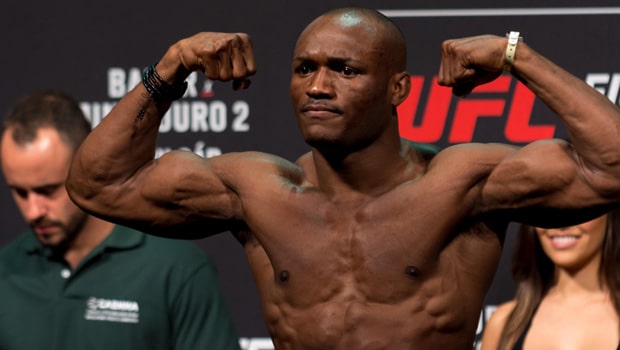 This Saturday the UFC will give us a very entertaining welterweight title fight between Kamaru Usman and Jorge Masvidal. This is a highly-anticipated rematch. Masvidal took the first fight, at UFC 251, on six days’ notice replacing Gilbert Burns, who tested positive for COVID-19 and Usman won via unanimous decision on July 11th in Abu Dhabi.

Kamaru Usman is a physical force that has dominated everyone he’s faced. He won his first nine fights in the UFC before beating Tyron Woodley for the UFC welterweight title via unanimous decision at UFC 235 on March 2nd, 2019.

Usman’s current 13-fight win streak in the UFC saw him go from an unknown to one of the most dominant champions in the promotion. Usman has not lost many rounds in his career but his rise wasn’t easy. This is a special fighter that has wins against Sean Strickland, Sergio Moraes, Demian Maia, Rafael dos Anjos, Tyron Woodley and most recently Colby Covington, Jorge Masvidal and Gilbert Burns to name a few.

Jorge Masvidal became a professional in 2003, winning his kickboxing debut at a Fast a Fearless event in April of that year. Masvidal beat Joseph Benjamin by majority decision in his only boxing fight on June 28th, 2005 at Radisson Mart Plaza Hotel in Miami and he has also competed for World Victory Road, Bellator, Shark Fights and Strikeforce.

‘Gamebred’ has paid his dues and now he will have his second UFC title shot, this time with more time to prepare. Masvidal’s last win was via TKO (doctor stoppage) before the fourth round against Nate Diaz at UFC 244 on November 2nd, 2019. The “baddest motherf—ker in the game” has KO/TKO wins against Darren Till, Ben Askren and Diaz in three of his last four fights.