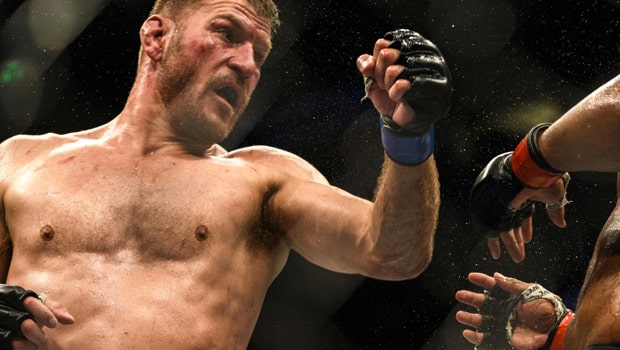 The UFC will give us a very entertaining heavyweight title fight between Stipe Miocic and Francis Ngannou next Saturday. This is a rematch from UFC 220 when Miocic won via unanimous decision on January 20, 2018. Miocic put an end to Francis Ngannou’s heavyweight title dreams over three years ago but both fighters have been through a lot since then.

Stipe Miocic trained for only eight months before beginning his mixed martial arts career by winning his first six fights via knockout. Miocic eventually won the NAAFS Heavyweight Championship and on June 14, 2011, the UFC signed him to a multi-fight deal.

Miocic spent over two years locked up in a trilogy with Daniel Cormier, losing the first fight by knockout in the first round at UFC 226 on July 7, 2018, before winning the rematch by TKO in the fourth round at UFC 241 on August 17, 2019 and the third bout via unanimous decision at UFC 252 on August 15.

Francis Ngannou began training in boxing at age 22 and he turned pro in Paris four years later. He spent two months in jail in Spain for illegally crossing the border and reached Paris with no money or friends, forcing him to be homeless on the streets until he began training for free under Didier Carmont in 2013.

Carmont was the one who introduced him to mixed martial arts and he was on fire in the UFC, with wins against the likes of Curtis Blaydes, Andrei Arlovski and Alistair Overeem, which earned him a title shot against Miocic at UFC 2020 in 2018. As mentioned before, he lost via unanimous decision and then Derrick Lewis beat him via unanimous decision at UFC 226 on July 7, 2018.

Miocic wants to make history repeat itself. He will try to avoid The Predator’s heavy artillery in the first rounds and then take control of the bout with his takedowns and more accurate striking. It sounds obvious and it is easier said than done but Miocic has to repeat the same strategy.

All Ngannou needs is to land one big punch. It worked against Alistair Overeem, Curtis Blaydes, Cain Velasquez, Junior dos Santos and Jairzinho Rozenstruik and it will be hard against Miocic but he will have 25 minutes to make it happen.