Posted by Vincent Henderson on February 26, 2021 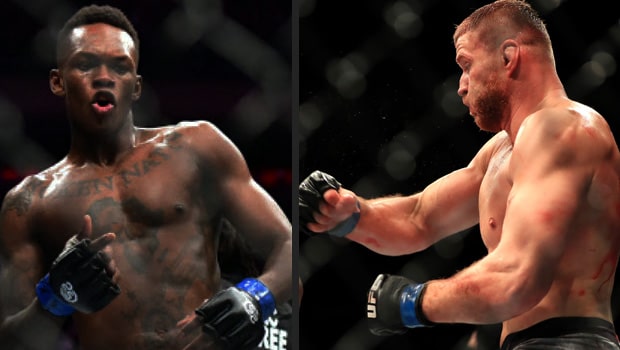 Jan Blachowicz grew up in Cieszyn, Poland, as a big fan of action movies, which motivated him to start training martial arts when he was nine years old. Former UFC light heavyweight champion Jon Jones vacated his title to pursue the heavyweight division and Blachowicz stepped up against Dominick Reyes to determine the light heavyweight champ. Hard work in silence and impressive wins led to the well-deserved title opportunity for Blachowicz and he made the most of it. Now he is on a four-fight win streak over Corey Anderson, Ronaldo Souza, Luke Rockhold and Reyes – all former champions or title contenders.

Blachowicz was 17-2 across Europe as part of his long and prosperous career in mixed martial arts and he is 10-5 in the UFC. Three of his last four wins were by KO/TKO. In his last fight, Blachowicz stopped Dominick Reyes in the second round at UFC 253 on September 26th to bring championship glory to his native Poland.

Israel Adesanya is a former kickboxer and a unique fighter who was born in Lagos, Nigeria and is based in New Zealand. The reigning UFC middleweight champion is undefeated in his career and he’s been compared to Anderson Silva and Jon Jones. Adesanya trained taekwondo at a young age but his mother stopped taking him to class after he broke his arm. He eventually moved to New Zealand and started training in kickboxing at age 18. The Muay Thai movie Ong-Bak inspired him and he moved to China before returning to New Zealand. When he was 21 years old he began to train at City Kickboxing with Kia Kara-France and Dan Hooker.

Adesanya’s professional career began in 2012 and he fought in New Zealand, Australia and China, going 11-0 with 11 TKOs. The UFC signed him in December 2017 and he debuted at UFC 221, knocking out Rob Wilkinson in the second round. He is 9-0 in the UFC, with wins against Derek Brunson, Anderson Silva, Kelvin Gastelum, Robert Whittaker, Yoel Romero and Paulo Costa.

Adesanya faced Whittaker in a title unification bout on October 5th, 2019 at UFC 243 and he won the fight via knockout in the second round to become the undisputed UFC middleweight champion. He has beaten two of his last three opponents by KO/TKO. In his last fight, he stopped Paulo Costa in the second round at UFC 253 on September 26th.