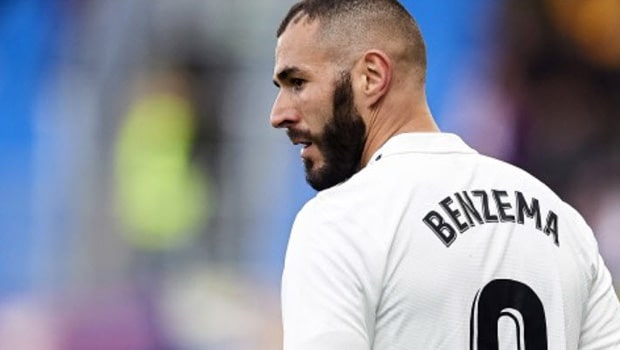 Real Madrid has been given an injury boost ahead of their Madrid derby with Atletico.

The Galacticos has had a long list of injured players, which was topped by skipper Sergio Ramos and French striker and Karim Benzema.

It was revealed on Thursday evening that the former Lyon striker now has a return date from his muscle injury.

Benzema has scored 17 goals in all competitions this season, but he missed Real’s last two matches, having picked a knock before the team’s win at Real Valladolid last weekend.

However, being the team’s main striker, his absence has been felt as Real Madrid has scored just two goals in two matches.

Casemiro scored the winning goal in the 1-0 win over Valladolid in the La Liga at the weekend, while Ferland Mendy got the winner against Atalanta in Bergamo on Wednesday in the UEFA Champions League.

Zinedine Zidane was without as many as ten senior players for the trip to Italy on Wednesday.

Meanwhile, according to several reports in Spain, Benzema won’t be available for the La Liga clash against Real Sociedad at the weekend.

However, the reports claim that Benzema will be available for the Madrid derby the following weekend.

The Madrid derby will have a huge impact on the title race, with Real just three points away from their city rival after being seven points away at some point in the season.

The title race is now wide open, with Barcelona now five points away from the submit as well.

Barcelona and Real Madrid have both capitalized greatly on the slip of Atletico Madrid recently.

Diego Simeone’s side has failed to win their last three matches in all competitions after drawing and losing to Levante in their last two La Liga matches, which was followed by a 1-0 loss to Chelsea in the UEFA Champions League.