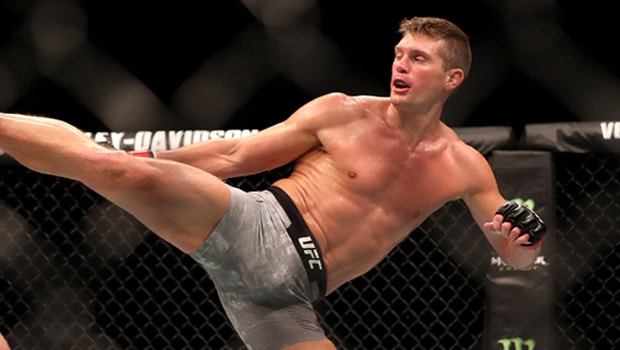 Stephen Thompson was triumphant in his return to the octagon, putting a clinical performance against Geoff Neal at UFC Fight Night: on December 19th. Thompson won a unanimous decision with all three judges scoring the fight 50-45.

Thompson dominated the fight but he suffered a knee injury and was limping in the fourth round. He was aggressive in the fifth round, landing 49 significant strikes on Neal (his most in a single round). “Wonderboy is still here, baby,” Thompson said in an interview after the fight. “That title, in 2021, it’s gonna be mine. You’ll see.” Thompson then called out Jorge Masvidal, whom he beat at UFC 217 in 2017. “Let’s make that happen,” he said.

“Wonderboy” is among the best strikers, not just in the welterweight division but also in the UFC. He was an accomplished kickboxer before joining the UFC, amassing an impressive 58-0 record. The grace and precision of his strikes evidence how he was able to dominate as a kickboxer and he has wins against Robert Whittaker, Jake Ellenberger, Rory MacDonald, Jorge Masvidal, Vicente Luque and Geoff Neal since joining the UFC in 2012.

“Geoff is a tough, tough opponent, man,” Thompson said. “And rock solid. Every punch I hit him with, he just kept coming.”