The Story of Michelle Waterson

Posted by Vincent Henderson on September 8, 2020 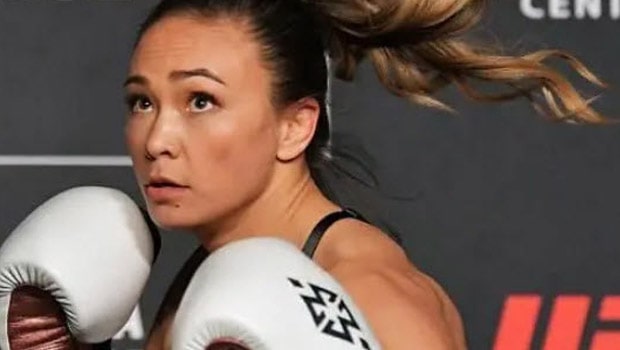 Michelle Waterson will fight Angela Hill in the main event of UFC Fight Night on September 12th at the UFC Apex in Las Vegas.

Waterson, a former Invicta FC atomweight champion, has been competing in the UFC’s strawweight division (115 pounds) for a while.

Known as “The Karate Hottie” because she blends fight skills and beauty perfectly, Waterson is of Thai descent and hails from Aurora, Colorado. Her older brother got her into martial arts and she got her black belt in American Free Style Karate when she was 10 years old.

She took up modeling in 2004 in bikini contests, as a spokesmodel of International Allstars and in various reality TV shows.

“The Karate Hottie” has trained in Wushu, Muay Thai, Brazilian Jiu-Jitsu, boxing and wrestling and competed in MMA promotions like Ring of Fire and Strikeforce and she has wins against stars like Paige VanZant, Cortney Casey, Felice Herrig and Karolina Kowalkiewicz since joining the UFC.

2013 Atomweight of the Year at the Women’s MMA awards

2013 Atomweight of the Year

2014 Atomweight of the Year

2014 Most Vulgar Display of Power Award (Beatdown of the Year) vs. Yasuko Tamada

Performance of the Night (One time)