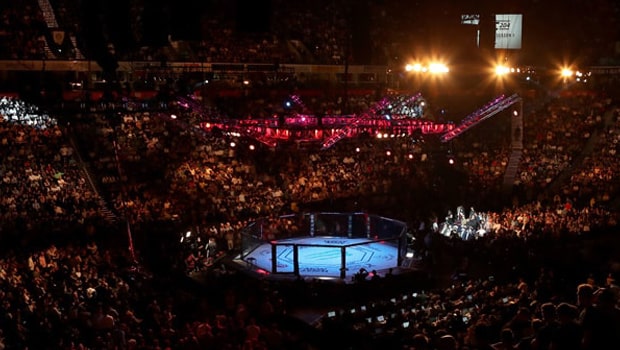 According to reports, a new MMA league could be launched as early as 2023 in the United States. This new league would be structured like the NBA and NFL and other big leagues in the US.

News of this new league was first revealed by MMA blogger and insider Ariel Helwani. The league, which has no name yet, would address some of the current issues with current leagues like the UFC, including poor pay.  Some of the benefits fighters would enjoy in this new league include health insurance, 50-50 revenue share, retirement benefits, guaranteed contracts, as well as other benefits.

According to Helwani, a couple of influential individuals are backing this new MMA league and an announcement is expected in the coming days. In recent times, there have been complaints by fighters over poor pay in the UFC as well as other grievances, which this new league is expected to address. But one should not expect the new league to be a success, that is if it even kicks off at all. Running a successful league requires a lot of time as well as resources. People have to be convinced that it is worth watching, like existing leagues.

Also, not all of the fighters who are complaining about the UFC would be willing to join this new league when it starts (if it starts). Without top fighters to attract an audience, this new league might not get what it wants.

Still, this idea of a new league might get the UFC to sit up and take the complaints of their fighters seriously. The UFC is nothing without its fighters and the main priority of president Dana White now is to ensure that none of his fighters switches to the new league. The fact that influential people are backing this new league might be enough reason for fighters to want to move, coupled with the other benefits. MMA fighters, like any other sportsmen, are in it for money. So, if they see an outfit promising them more money than they currently earn, there is no doubt that they would be tempted to leave, notwithstanding whatever they have achieved in the UFC or any other league.

We look forward to an official statement or announcement in the coming days, and if it turns out to be true, it can have a big change on MMA as we know it.