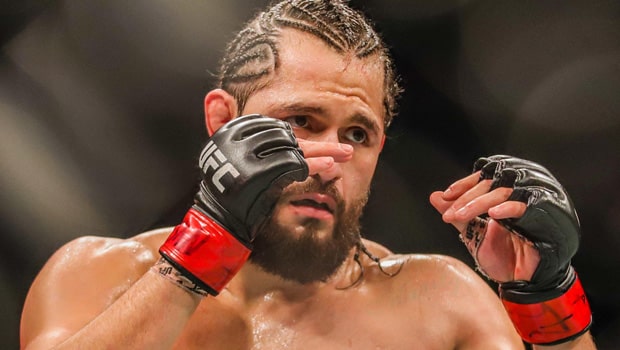 Kamaru Usman knocked Jorge Masvidal at UFC 261 in front of a packed house at VyStar Veterans Memorial Arena in Jacksonville, Florida to retain the welterweight title.

‘The Nigerian Nightmare’ put on a show to them. He stopped down Gilbert Burns back in February at UFC 258 and now increased his impressive win total after putting Masvidal to sleep in the second round, connecting with a perfectly thrown straight right hand.

Kamaru Usman’s 14-fight win streak is now the second-longest in UFC history, trailing only Anderson Silva’s 16-fight win streak (2006-12). Jorge Masvidal was knocked out for just the second time in his MMA career (first since June 7, 2008 and first in the UFC).

Usman said he wasn’t satisfied with how he beat Masvidal the first time and promised to knock him out in the rematch. He is COLD.

UFC President Dana White told TSN, “[Usman’s] at a point in his career now where he’s looking at, ‘Who’s next again?’ He’s coming back and going to be facing guys that he’s already beat. So obviously, Masvidal took that fight on short notice, so let’s give him this fight, and we can do away with all the excuses. And then, Colby Covington’s next.”

Born in Auchi, Nigeria, Usman and his family moved to the United States when he was five years old. He started wrestling at Bowie High School in Arlington, Texas and was a three-time NCAA All-American and the NCAA Division II National Champion in 2010.

‘The Nigeran Nightmare’ made his professional MMA debut in 2012 and won The Ultimate Fighter 21, submitting Hayder Hassan in the second round on July 12, 2015. Usman is a physical force that has dominated everyone he’s faced. He won his first nine fights in the UFC before beating Tyron Woodley for the UFC welterweight title via unanimous decision at UFC 235 on March 2, 2019.

Usman’s current 14-fight win streak in the UFC saw him go from an unknown to one of the most dominant champions in the promotion. Usman has not lost many rounds in his career but his rise wasn’t easy. This is a special fighter that has wins against Sean Strickland, Sergio Moraes, Demian Maia, Rafael dos Anjos, Tyron Woodley and most recently Colby Covington, Jorge Masvidal and Gilbert Burns to name a few.