Why Stephen Curry is Historically Ridiculous 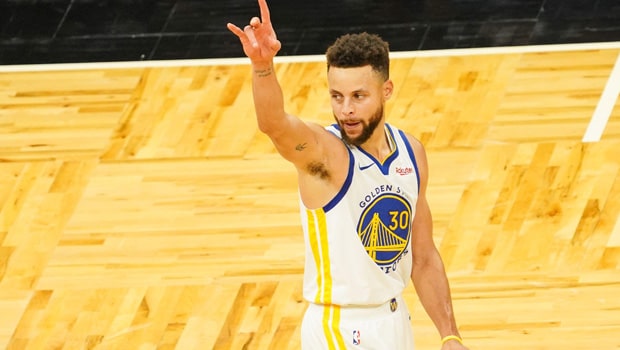 Stephen Curry is having an unbelievable run and thanks to him, the Warriors still have a chance at a playoff run.

It marked the 21st time in his career that he splashed 10 or more 3-pointers — adding to his own NBA record. The next-closest is teammate Klay Thompson with five.

What’s the clearest indicator of his torrid stretch? The fact that he’s keeping company with a legend.

The two-time NBA MVP has taken the Warriors from a team expected to tank to a playoff hunt, all without the injured Klay Thompson — and Curry acknowledged that he’s had to go above and beyond.

“This season has required something a little bit different, and I’m trying to meet that moment,” Curry told reporters.

The Warriors have won six of their last eight, occupy a play-in position as the current 9th-seed in the West and maintain a 3.5-game lead over the 11th-seed Pelicans.

Curry recently appeared on Episode 7 of the Rex Chapman show and said that he’s gotta be the NBA MVP: “I mean, I gotta be. I gotta be,” Curry said. “I probably won’t get it but whatever.”