Posted by chris schweizer on September 27, 2018 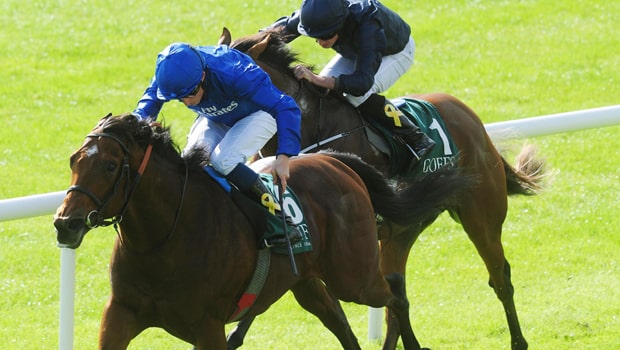 Godolphin have decided to send Quorto for an early winter break, with next season’s 2,000 Guineas now his firm target.

The unbeaten son of Dubawi was considered a leading contender for the Dewhurst at Newmarket, and a potential blockbuster clash with Too Darn Hot, but trainer Charlie Appleby has confirmed he is now gone on his winter break instead.

Quorto is one of this season’s highest-rated juveniles having completed a progressive three-race winning sequence.

He landed his maiden impressively at Newmarket in June before returning to Headquarters a month later to win the Group Two Superlative Stakes.

Earlier this month he went over to Ireland for a clash with Aidan O’Brien’s Anthony Van Dyck in the National Stakes at the Curragh, duly landing his Group One win having well-backed beforehand.

After watching Quorto win that race trainer Appleby suggested it would be either the Dewhurst back at Newmarket or an early break for Quorto and, having mulled things over with the Godolphin team, they have decided to draw stumps early on their juvenile ambitions.

“He has done exceptionally well in his first season, winning his Group 2 and Group 1 and progressing all the time,” trainer Appleby told Godolphin’s website.

“The 2,000 Guineas has always been the long-term plan and, following discussions with His Highness Sheikh Mohammed, we have decided to put him away for the year.”

Too Darn Hot, so impressive when winning the Champagne Stakes at Doncaster this month, is currently 5.00 favourite for the 2,000 Guineas, while Quorto is available at 8.00.