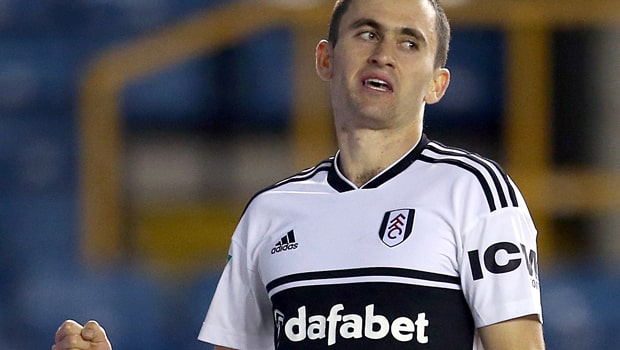 The 20-year-old from California was one of a number of Fulham youngsters to impress during the comfortable 3-1 victory at The Den, joining Joe Bryan and Cyrus Christie on the scoresheet.

Jokanovic singled out de la Torre for praise as he reflected on a positive night for his team.

De La Torre has been with the Craven Cottage outfit since he was 15 but the game against Millwall was just his fifth senior appearance.

With Fulham attempting to find their feet in the Premier League, Jokanovic has suggested that his performance at Millwall won’t guarantee the fledgling midfielder more game time, at least for now.

“I can’t promise anything, but he’s showed many positives. He enjoyed scoring his first goal for the team, as did Joe Bryan, who played well too,” he said.

“We’ll try and find a solution, and think how we can use different players, in different moments, or different formations.

“The shape [against Millwall] worked well enough and we are open to variation. We’ll check whether we can play with this shape in the future.”

Fulham are 41.00 to win the Carabao Cup this season, with Manchester City favourites at 3.40.