Posted by chris schweizer on September 14, 2018 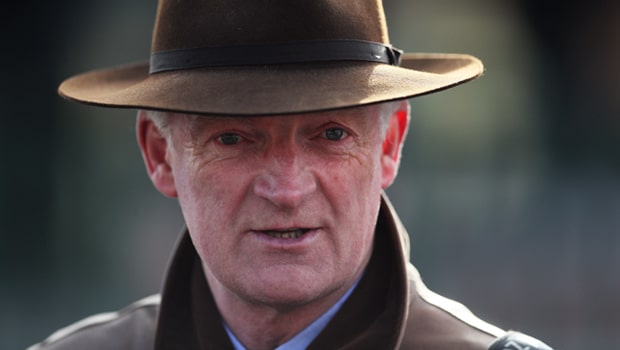 Ireland’s top jumps trainer accounts for close to half of the eight-runner field for the feature race on day three of the St Leger Festival, with all three of Mullins’ charges racing in the pink and green silks of owner Rich Ricci.

Thomas Hobson chased home Desert Skyline in this race 12 months ago, and, with Ryan Moore choosing to partner him, he is the early favourite to win the 2m1f Group Two stayers’ event his time around.

Max Dynamite was third in the Melbourne Cup last November but has yet to find his best form this season either on the Flat or over hurdles. Renneti meanwhile was second to Pallasator in the Queen Alexandra Stakes at Royal Ascot in June but has not matched that form in either run since.

Patrick Mullins, assistant trainer to his father, concedes Thomas Hobson’s Doncaster form gives him an edge, though he suggests an in-form Renneti would be a force to reckon with.

“Thomas Hobson and Max Dynamite have both been a bit below par since coming back from Melbourne, but this looks a lot more open than they have contested so far so we are hoping they can return to form,” he told reporters.

“We know Thomas Hobson acts on the track, as he has run well on it before. I suppose he is our best chance and he has Ryan Moore on board, but they are three good horses on their day.

“Obviously Renneti is a bit of a Jekyll and Hyde character. We thought he ran a very good race at Royal Ascot and hopefully he will run like that again.

These extreme trips on the Flat seem to suit him, but it all depends which Renneti turns up when the stalls open.”

Sheikhzayedroad won the Doncaster Cup in 2016 and finished third last year. He joins the likes of Algometer, Saunter, Jukebox Jive and Lord Yeats in opposing the Mullins trio.