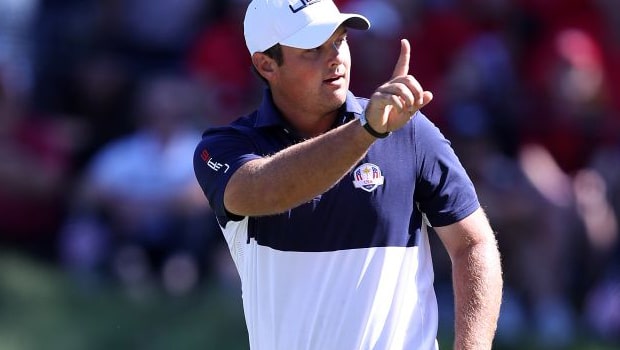 Jim Furyk’s team is heavily armed with talent as they look to mount a defence of the trophy they won so convincingly at Hazeltine in 2016.

Reed was part of the US side that thumped Europe at Hazeltine, taking back the trophy for the first time since 2008, but he believes their record away from home means Europe are favourites to regain the crown.

America last triumphed on foreign soil back in 1993 – a 15-12 win at the Belfry – whilst they have only won away from home twice since the competition was extended to include players from continental Europe in 1979.

Despite the holders being favourites to retain the trophy, Reed feels he is going into the Ryder Cup with an underdog mentality.

“We feel great and we can’t wait to get over there and try to end the drought of not winning overseas,” he said.

“I feel that kind of takes a little bit of pressure off us and puts more pressure on the European team.

“They are the ones that have had so much success overseas, that everyone thinks we’re going to come in and they’re going to win the Cup again. So we’re going to go in and feel like we’re the underdogs and try to play the best that we can.”

The United States are favourites at 1.80 to win the Ryder Cup at Le Golf Nacional this month, with Thomas Bjorn’s European team priced at 2.25 and the draw available at 11.00.