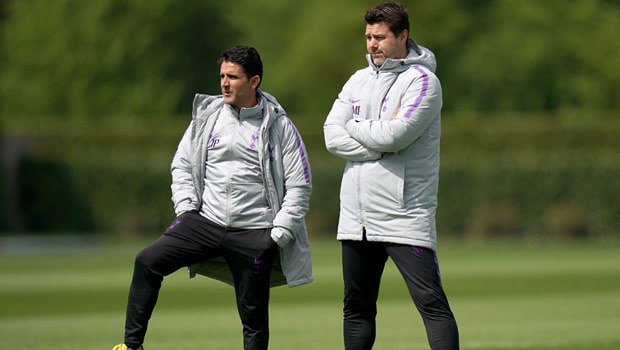 Mauricio Pochettino suggests his Tottenham side were fatigued when they lost to West Ham at the weekend but that it will be “impossible to be tired” in the Champions League semi-final against Ajax.

The Eredivisie side are in north London on Tuesday evening as Tottenham take part in the last four of Europe’s elite competition for the first time in their history.

Pochettino has blamed “stress and fatigue” for Tottenham’s defeat to West Ham on Saturday, but the Argentine says his players won’t have any concerns like that this time around.

“It’s a game that it is impossible to be tired for,” he said. “It’s all mental. The energy is going to be there. I have no doubt.”

Pochettino says Spurs are unfazed by the absence of Harry Kane and Heung-min Son. The England captain remains sidelined through injury, while Son, who scored three of Spur’s four goals in the last-eight ties with Manchester City, is suspended for the first leg against Ajax.

Pochettino says there remains a chance that Kane will play again this season.

“His rehab is so good, but we cannot create an idea that we cannot achieve,” Pochettino said about a potential comeback for Kane in the second leg.

“He’s so focused and we will see what happens. We are assessing him every day.”

Lucas Moura is set to deputise against Ajax and the Brazilian insists the Tottenham “don’t care who scores” as long as they continue their progress.