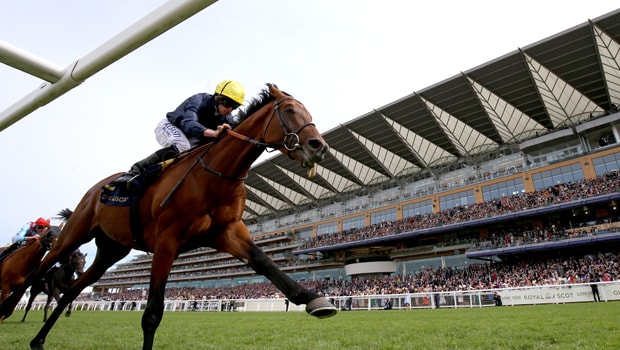 William Buick is hoping a chance ride on Crystal Ocean in Saturday’s King George VI and Queen Elizabeth Stakes at Ascot can help him continue a superb season.

The jockey has already pocketed a Derby win at Epsom on board Masar amid a fine run of form. He has now received the call to partner Sir Michael Stoute’s charge in the King George.

Crystal Ocean is one of two Stoute-trained contenders as the legendary handler looks to win a record-breaking sixth King George, with Poet’s Word also firmly in the mix.

James Doyle will partner the latter but Ryan Moore, who was on board when Crystal Ocean won the Hardwicke Stakes over course and distance at last month’s Royal meeting, is required by Aidan O’Brien for Saturday’s race. Stoute has turned to Buick and the rider is delighted to get the nod.

“It’s a great spare ride to pick up. He is a lovely horse with a very nice profile,” Buick told Press Association Sport.

“It was something that was spoken about last week. It is nice to get the call-up for the King George on a horse like this.

“I’m riding him [Tuesday] morning on the gallops. He certainly looks to be very tough and genuine and an uncomplicated horse that gallops along very well in his races.”

Partnering the son of Sea The Stars in one of the key midsummer contests is a thrill for Buick as he looks to continue an excellent season. He is keen not to rest on his achievements this term.

“It’s been a good season so far but I’ve just got to keep going the next day and the next day after that. There is plenty of the season left and some nice horses still to ride,” he added.

“The King George is obviously a great race and is a midsummer highlight and it is nice to be included on a nice horse like Crystal Ocean.”

Poet’s Word is 2.75 favourite to win the King George, with stablemate Crystal Ocean next in the betting at 3.00.