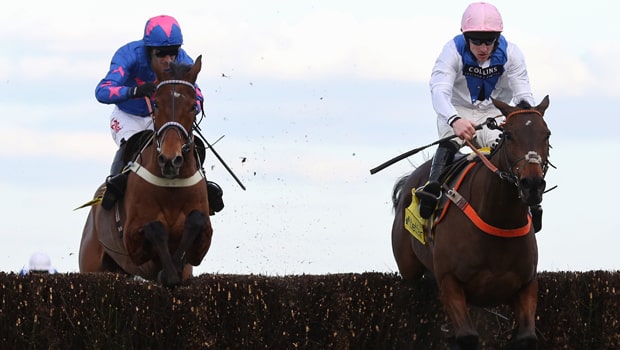 Connections of Waiting Patiently remain confident their charge will be ready to make his season bow by putting his unbeaten chase record on the line in the King George at Kempton.

Trained by Ruth Jefferson, the seven-year-old has won all six starts over fences, most recently winning the Grade One Betfair Ascot Chase over two-miles and five-furlongs in February.

Having then decided to bypass the Cheltenham Festival in favour of Aintree, a minor setback caused Waiting Patiently to miss out on a trip to Merseyside.

He is now nearing fitness once again and the King George on Boxing Day is the target circled on his planner, according to his owner.

“The King George is the main target at the moment, but if we don’t make it we could always drop back to two miles and he’ll run in the Clarence House.

He’ll have an entry in Ireland as well. It’s all ground dependent as well,” owner Richard Collins told At The Races.

“He summered very well, we’ve taken our time with him to get him freshened up. We’ve picked him up the last week or so, but being ground dependent, we’ll take it one step at a time.”

Collins has always fancied he had a potentially smart chaser on his hands, though even he has been surprised at the rate of progress.

“I was always in a rush to get him over fences as I always thought he was more of a chaser than a hurdler.

You can run them too often over hurdles and they can develop bad habits. He was always a natural chaser, but we’ve always known he wanted cut in the ground,” he added.

“I couldn’t say I thought he’d be a 170 (rated) horse, you never think they’ll get that high but it’s fantastic that he is that high.”

Waiting Patiently is 6.00 second-favourite in the King George market, with last year’s winner Might Bite favourite at 4.00 and recent Betfair Chase winner Bristol De Mai at 8.00.