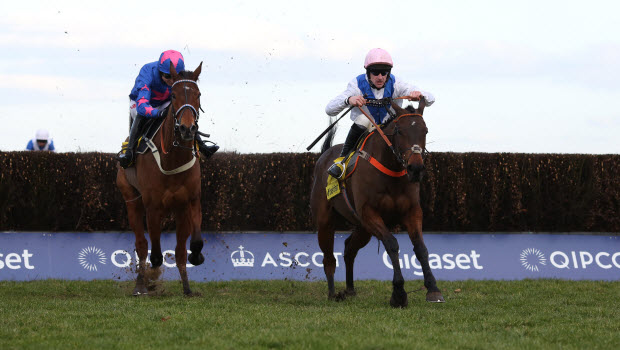 Ruth Jefferson has no cause for concern ahead of Waiting Patiently’s run in next week’s King George VI Chase at Kempton Park.

The unbeaten chaser has completed an impressive six-timer over fences so far, including an Ascot Grade One when last spotted in the spring.

A minor setback late last season ensured that the seven-year-old has been slower coming back this season, though Jefferson suggests the unseasonably dry autumn means he’d probably have missed his intended targets in any case.

He will reappear in the Boxing Day showpiece at Kempton and his trainer feels he’ll be ready to do himself justice there. “He doesn’t need a lot of work, he’s probably better fresh,” she said.

“Some horses you might even work the day before they run, but he’s not like that, so I’m quite happy with where we are. “I might have liked to have got a run into him, but when I realised the Haydock race (Betfair Chase) was coming too soon there weren’t any other suitable options in any case – and we wouldn’t have gone to Haydock because of the ground anyway.”

Last year’s winner Might Bite is set to be the headline act despite a bitter disappointment in the Betfair Chase last month. Haydock winner Bristol De Mai, runner-up Native River and the Paul Nicholls-trained Politologue are all amongst the contenders for Kempton.

Jefferson says Waiting Patiently will be ready to fire, despite not having a prep run. “We’ve had eight first-time-out winners this season, it was pointed out to me the other day, so we can get them fit enough at home,” she added.

“The all-weather gallop here is riding deeper this year, so they are having to work harder. It’s nice to know you can get them fit first time out. He’s always been a good work horse, though.”

Waiting Patiently is 6.00 to win the King George, with Might Bite 3.75 to retain the crown.