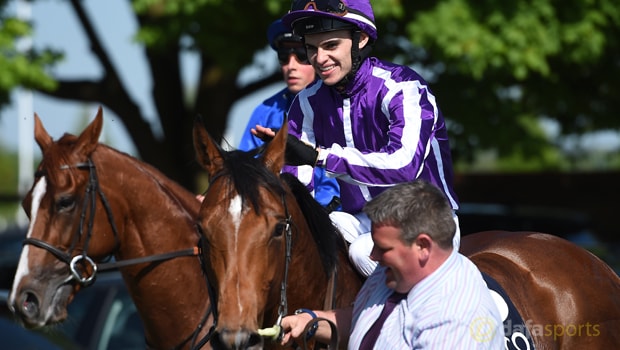 Aidan O’Brien admits that Saxon Warrior was sent straight to the 2,000 Guineas at Newmarket this season with the Triple Crown in mind.

The Ballydoyle supremo has broken almost every record in racing and in 2017 he set a new benchmark for Group One wins in a single calendar year with 28, beating the record of legendary American trainer Bobby Frankel.

He has yet to achieve the triumvirate of 2,000 Guineas, Epsom Derby and St Leger with one horse, however, coming closest in 2012 when Camelot was inched out by Encke in the Leger at Doncaster, having won the Newmarket and Epsom Classics.

Saxon Warrior started his three-year-old season with victory in the Guineas, the first time the unbeaten Galileo colt had tackled a mile. That race was his starting point with the remainder of the season very much in mind, and the longer trips he’ll face if successfully bidding for the Triple Crown, admits his trainer.

“It’s never the be-all and end-all,” he said of the possibility of the triple glory.

“But every horse is taken individually. I would imagine if it did come to pass [winning the Derby], the [Coolmore] lads would think very hard about doing it.”

“We hoped a horse might come along so we could try it again, and that’s part of the reason why Saxon Warrior started in the Guineas.

“We could have gone for the Dante but we thought if there was a chance we had a Triple Crown horse this year, it was going to be him. We’re still alive and kicking after the first round.”

Saxon Warrior is 1.91 favourite to win the Derby at Epsom on June 2.