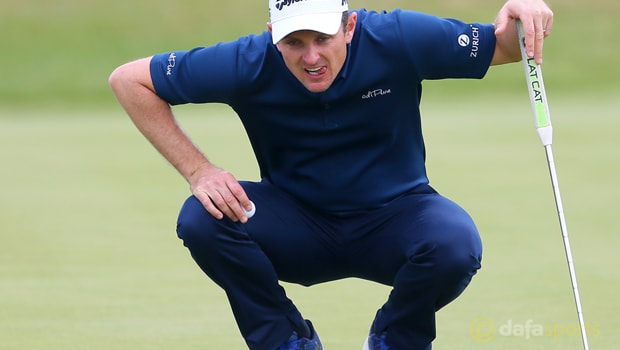 Justin Rose says Europe’s team for the 2018 Ryder Cup is a “very different animal” to the one that was thrashed by the USA at Hazeltine in 2016.

Europe, led by Darren Clarke, were defending champions heading into the event in Minnesota but were blown away by a rampant American side, who ran out 17-11 winners.

Thomas Bjorn has now been given the reins for the 2018 edition in France and there is already a good feel about the challengers’ chances of winning back the coveted trophy.

Rose, Sergio Garcia and Rory McIlroy are all expected to play a major part while Henrik Stenson, although not in an automatic qualifying position, is expected to be involved.

However, it is the emergence of the likes of Jon Rahm and Tommy Fleetwood over the past year that has added more strength to the team and both are set to make the side as things stand.

Englishman Paul Casey has also made himself available for selection again and Rose, currently sitting fifth in the world rankings, says there is a different feeling ahead of the event at Le Golf National.

“Tommy has got one of the best temperaments on tour and I can only see him going from strength to strength,” he said at a media day for July’s Scottish Open.

“He hits the ball impeccably and I find myself copying Tommy, any time I’m playing with him. I try to emulate the things he does. He will be a great addition to the Ryder Cup team.

“We have a team shaping up to be a very different animal to the last time. Tommy, Jon Rahm and Paul Casey change the dynamics of that team massively in terms of the natural pairings we can field. It’s a 12-man team but you’re only looking to find four pairings.”