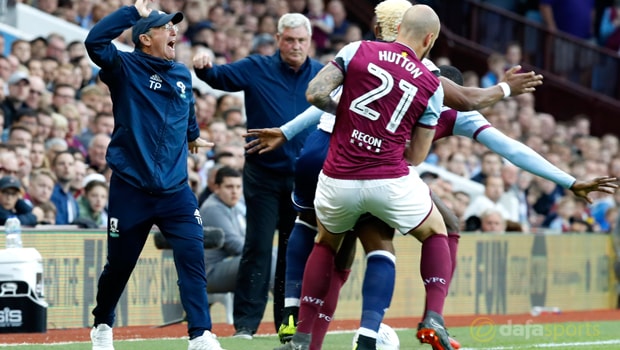 Tony Pulis just about admitted that his Middlesbrough side weren’t good enough to earn a place in the Championship play-off final, though he had qualms about a controversial late refereeing decision in their defeat to Aston Villa.

The sides played out a scoreless draw at Villa Park in their semi-final second leg on Tuesday evening, ensuring Mile Jedinak’s first-leg header at the Riverside was enough to separate them over 180 minutes.

Middlesbrough struggled to create decent scoring chances at Villa Park, as they had done in the first leg, but they came close to forcing extra-time at the death.

Home goalkeeper Sam Johnstone was adjudged to have handled Adama Traore’s attempted chip outside the box, though he only earned only a yellow card from referee Mike Dean for his troubles.

Stewart Downing saw the resulting free-kick strike the top of the crossbar and away to safety, leaving Boro to reflect on a missed chance to progress to Wembley.

Afterwards, Pulis had no doubts the goalkeeper should have walked for his offence.

“I’m really disappointed,” he said of Dean’s decision only to book Johnstone.

Personally, I think it was the wrong decision and I’m sure there are a lot of people watching who would agree with me.”

The Welshman did concede that his team hadn’t been able to create enough chances against Villa’s stubborn defence across two games.

Having finished highest in the table, Fulham and Villa are deserving of their playoff final berths, admits Pulis.

“Over the two games there have been periods when we’ve been on top, but we’ve not created enough chances.

“And, in the end, the teams that finished third and fourth over 46 games are going to Wembley. That’s credit to Fulham and Villa, who are hard-working, stubborn and well organised.”

Fulham are favourites at 1.70 to win promotion to the Premier League, with Villa priced at 2.10.