Posted by chris schweizer on November 5, 2018 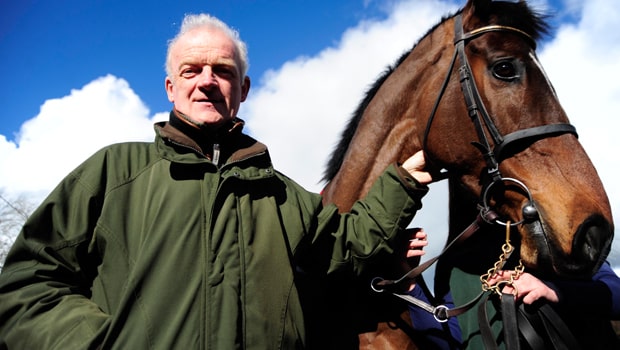 The eight-year-old was confirmed as lame on Wednesday during a press stable visit. Mullins had originally claimed it was just a stress fracture or ligament tear and connections had expected his star to be out of action for a few days.

However, scans have now revealed the injury was much worse than first feared. Mullins told Press Association Sport: “I think he is (out for the season), unfortunately.

“It’s the same leg that he had a problem with last year. It’s the tendon on the back of the pastern, which is a fairly rare injury.

“It’s a similar problem to what Dawn Run had many years ago, I think.”

Douvan has endured a tough few years since making a thrilling start to his career under Mullins.

He won his first 13 races under the Irish trainer before suffering an injury in last year’s Queen Mother Champion Chase.

He fell during this year’s edition of the race before finishing second to stablemate Un De Sceaux at the Punchestown Festival in April.

Mullins will now be hoping the rest of his stable can shine ahead of the 2019 Cheltenham Festival. He is hoping to win the Gold Cup after missing out this year.

Footpad is 17.00 to win, while Bellshill is also considered at slightly bigger odds of 21.00.

The current favourite for the race is not part of Mullins’ stable, with Might Bite 6.00 to win the crown.