Posted by Vincent Henderson on February 20, 2017 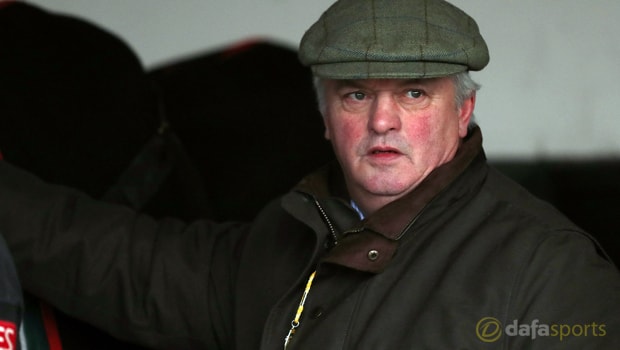 The Dorset handler has all but confirmed that Thistlecrack, Native River and Cue Card will all be taking their chance in the festival showpiece, assuming there are no hiccups between now and March 17.

It will be a remarkable feat should Tizzard see his three stars line-up for the Blue Ribband, but he’s in no doubt that the countdown to the Gold Cup is likely to keep him fairly restless.

“We’re in a lovely position and now it’s a case of trying to get them all there in one piece,” said the trainer.

“Every day will be a nervous day for the next few weeks, hoping something doesn’t go wrong.

“We just hope we don’t get any bad luck.” Cue Card completed preparations on the track when he won the Ascot Chase on Saturday in emphatic fashion under Paddy Brennan.

He looked as good as ever and showed no ill effects from his King George defeat to Thistlecrack at Christmas.

Tizzard revealed Cue Card had come out of that race with a “big, fat leg” but he looked to be back to his brilliant best at Ascot.

Thistlecrack meanwhile has since suffered the only defeat of his chasing career when narrowly going down to Many Clouds on Trials Day at Cheltenham last month.

He too remains firmly on track for the Blue Ribband. Completing the trio is Hennessy Gold Cup and Welsh Grand National-winning Native River, thoroughly impressive last weekend in his final pre-Cheltenham spin as he won the Denman Chase at Newbury.

It promises to be quite an occasion for the genial Tizzard should all three make it to the start of the Gold Cup at Cheltenham.

Thistlecrack is the 2.75 favourite for the Gold Cup, followed in the betting by 4.00 chance Native River and Cue Card at 7.00.