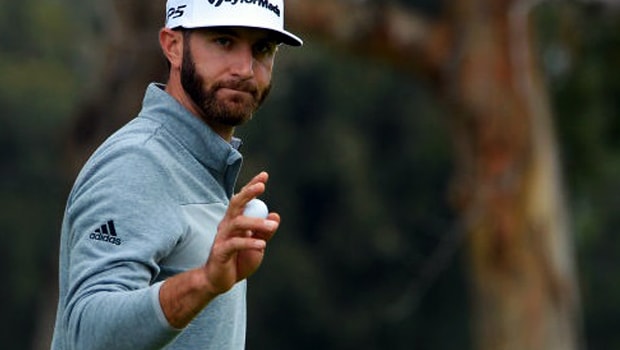 Dustin Johnson became world number one for the first time in his career and insisted he feels like he is ‘a great player’.

The win in California, coupled with Jason Day failing to finish in the top three, ensured that Johnson climbed from third in the official world golf rankings to top spot.

Less than a year on from his maiden Major championship success at the US Open, it is another landmark for 32-year-old Johnson.

He has now won a PGA Tour event in ten consecutive seasons and has well and truly shed his tag of being a nearly-man.

Johnson had twice finished runner-up at Riviera, including a playoff loss in 2015.

It was the sixth time since 2010 that he had posted a top-ten finish and gaining the top spot in the rankings was the icing on the cake.

Afterwards, Johnson said he feels like a ‘great player’ and that it was a relief to finally pull off a victory at the iconic Riviera layout.

“I believe in myself. I think I’m a great player,” said Johnson. “To finally get a win at Riviera feels good because I’ve finished second here a couple of times, lost in a play-off, and felt I should have won a couple of other times.”

On his strong play this week, Johnson cited his ability to avoid bogeys as the key – he dropped just a single shot in the first 62 holes of the tournament.

“I drove it really well, so I never was really in trouble. I didn’t really make any bogeys, I made one bogey through I think – I can’t count – 60‑something holes,” he added.

Johnson is 9.50 to defend his crown that US Open in June.