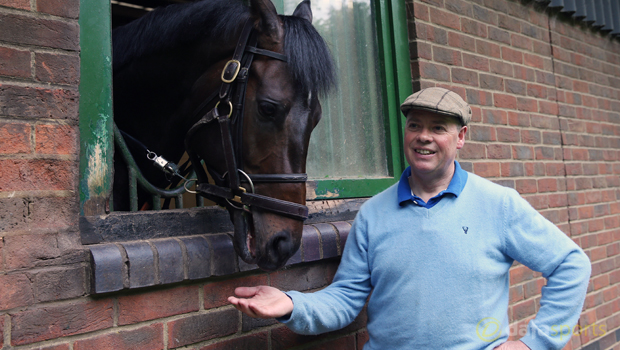 Trainer Clive Cox is confident that Kodi Bear can get his season off to a strong start when he races in Saturday’s Al Shaqab Lockinge Stakes at Newbury.

The four-year-old has already won four of his first nine races, including two big wins in 2015. He won at both Group Three and Group Two level despite struggling with injury at the start of that campaign.

His last run came in October last year, where he finished eighth in a nine runner field but Cox is confident he can respond.

When making his debut in 2014, he finished second at the same festival to Adaay, who will also race this weekend.

With the weather changing over the next few days, some trainers are considering their options but Cox is confident the brown colt will power home on any surface.

He said: “The colt is stronger this year – most horses are still developing from three to four – and that is the opinion of everyone who rides him.

“He is in peak condition now and I am very happy and pleased with him. Obviously, coming back in a Group One is a big ask and some of his opponents have had a run already.

“I hope he is there to do a job at Newbury on Saturday and we have a bright season ahead of us.

We all believe he is a Group One horse and potentially he is the best miler we have ever had.

“Kodi Bear is versatile as regards the ground – it was very firm at Windsor and quick at Ascot and there are no concerns about softer ground as it was quite soft at Goodwood.

“There are a lot of top mile targets for him this year and I hope he can get off on the right leg on Saturday.”