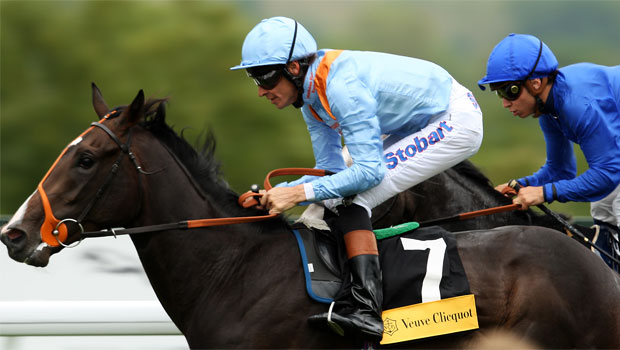 Racing Post Trophy fancy Toormore’s participation will depend very much on ground conditions at Doncaster on Saturday.

Owners Middleham Park Racing have declared both Toormore and Chief Barker for the big juvenile event this weekend, but have mixed views regarding the pair’s ability to handle the likely going.

Spokesman Tim Palin said: “If the ground was good it would favour Toormore, softer ground would suit Chief Barker. We will just monitor things and make a decision on Thursday. We’re in the lap of the gods regarding the weather but other than that, there is no reason why both can’t run.

“At this stage of his career Toormore doesn’t need a slog in a bog. Those conditions would suit Chief Barker.”

He added: “We’ll make a decision a bit later in the week. The rain could change the dynamic. We were at the Hannon yard on Sunday and saw them work.

“We were all delighted with both horses so it was decided to leave them both in.”

Toormore has improved further since landing the Group Two Vintage Stakes at Goodwood, going on to taste Group One glory in The National Stakes at the Curragh, while Chief Barker has won his three starts in the style of a smart youngster as well.

The final declaration stage is on Thursday, with a possible 13 set to stand their ground, including the Godolphin-owned Pinzolo who is unbeaten in two starts, with wins at Newmarket and Newbury.

Aiden O’Brien, who has won three of the last four renewals, has four entered including Century who made a successful debut at the Curragh a fortnight ago.