Too Darn Hot heads to the Curragh 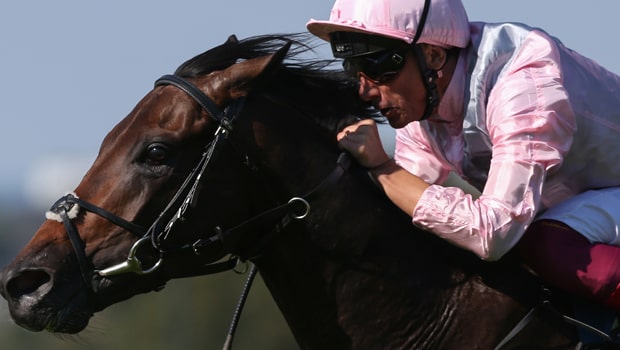 John Gosden had added significant spice to this weekend’s Irish 2,000 Guineas at the Curragh by declaring Too Darn Hot for the race.

Last season’s Dewhurst winner and champion two-year-old was an unexpected runner having made his reappearance last week in the Dante at York, where he suffered his first defeat in failing to reel in front-running Telecaster over a mile and two furlongs.

Gosden immediately ruled out The Derby at Epsom and pinpointed dropping back to a mile at Royal Ascot next month as the plan.

However, he indicated early this week that Too Darn Hot was being considered for the Curragh and the colt will now get the chance to emulate his sire, Dubawi, who won the Irish 2,000 Guineas in 2005.

Aidan O’Brien’s Magna Grecia meanwhile is seeking to double-up having won the Newmarket version in early May.

He spearheads a Ballydoyle attack that also includes Globe Theatre, Mohawk, Old Glory and Van Beethoven as O’Brien seeks to add to his record haul of 11 Irish 2,000 Guineas triumphs.

The William Haggas-trained Skardu, third to Magna Grecia at Newmarket, and Kevin Ryan’s Emaraaty Ana will join Too Darn Hot as British raiders in the first Irish Classic of the season.

Too Darn Hot has thrived since his run at York last week, says his trainer, with Gosden very happy to run again quickly in Ireland.