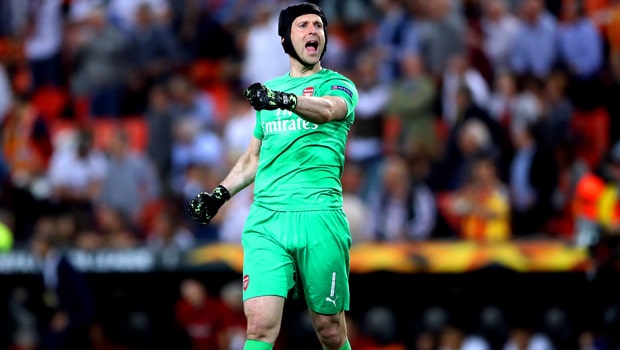 Former Arsenal and England goalkeeper David Seaman feels it is a mistake if Petr Cech starts the Europa League final against Chelsea in Baku.

The Gunners must overcome their London rivals in order to secure a Champions League place for next season and Seaman says boss Unai Emery should play his strongest team.

That means starting Bernd Leno in goal, overlooking the 37-year-old Cech, who will retire after the game against his former club. Cech has started regularly in the Europa League and is expected to play in Baku.

“My only thing is that Arsenal really need this; they need this more than Chelsea,” said Seaman.

“They need to get into the Champions League and I’m always for playing your strongest team. That means Leno, but I’m sure Cech will play because it’s his last ever game.”

There has been speculation this week Cech is set to return to Stamford Bridge this summer in a sporting director role.

Seaman, who wore the gloves for Arsenal for 13 years, doesn’t feel there is any chance the veteran’s performance will be effected by that rumours about his future.

“I was surprised when I heard it. I was really surprised at the timing of it,” Seaman added.

“Nothing’s been confirmed yet, so if Petr plays I wouldn’t be worried at all. He’s a true professional and even if he is going to join Chelsea, that wouldn’t make any difference to his performance.”