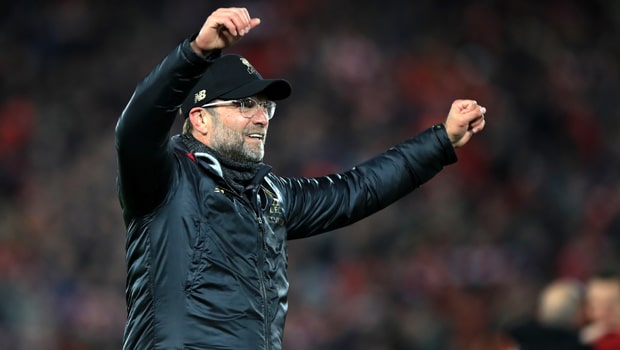 Naby Keita and Roberto Firmino are winning their battles with fitness ahead of next week’s Champions League final against Tottenham in Madrid, according to Jurgen Klopp.

The Reds boss admits that Firmino is much closer to being fit for the game but he isn’t yet ruling Keita out of a dramatic return. Guinea midfielder Keita sustained an adductor injury in Liverpool’s 3-0 semi-final first-leg defeat at Barcelona and was originally said to be out for two months.

That initially looked likely to rule him out of the African Cup of Nations in June but his manager feels he’s now progressing quickly. He’s not going to be risked unless he’s ready, however.

“Naby is a bit ahead of schedule, but that doesn’t mean anything for the final. He’s now doing straight runs…he feels comfortable with 50 per-cent intensity, but there’s still a way to go,” Klopp told Liverpool’s website.

“I know about issues with Guinea…we don’t want to keep a player out if he can play – maybe they think it’s like this, but it’s not like this.

“If he’s not 100 per-cent fit, he cannot play. That’s how it is. “It’s not important whether you play for your country or your club. That’s what we try to make sure. It looks good, very positive and we’ll see if there is a chance.”

Firmino returned to training on Tuesday during Liverpool’s warm weather camp in Marbella and he’s looking ‘really good’, according to the Anfield boss.

“Bobby looks really good, he’s now part of training. It wasn’t too long out, but of course we’re still careful and want to make sure nothing happens,” Klopp added.