Posted by chris schweizer on October 8, 2018 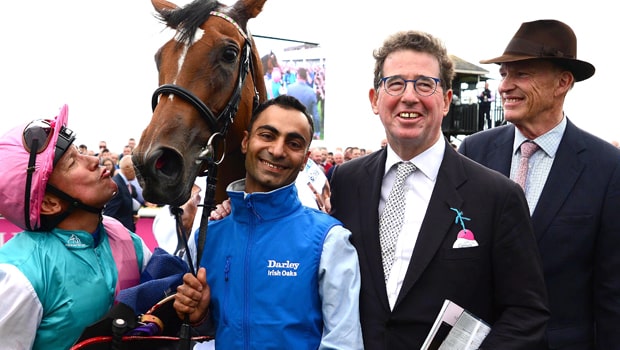 Trainer John Gosden would love the chance to go after a third Prix de l’Arc de Triomphe crown with Enable next year but admits the decision sits with the filly’s owner.

Despite having raced only once since last year’s Arc glory at Chantilly, Enable was a warm order to win her second renewal of Europe’s premier middle-distance contest when the race returned to its traditional home at Longchamp on Sunday.

Travelling powerfully, she hit the front a furlong and a half from the winning post and, despite a rattling fast finish from Sea Of Class, Enable and Frankie Dettori held on gamely for a narrow success.

She became the eighth dual winner of the Arc and her trainer admits there is already a big temptation to go after the hat-trick, despite a troubled preparation this year.

“She wasn’t at her best. I’ve had a difficult year with her and started with a bit more hair than I have now.

It’s entirely down to the filly and her guts and a lovely ride from Frankie,” said the trainer.

“It’s great for Prince Khalid [Abdullah, owner-breeder]. He wanted to come here and if she’s in good form there’s no reason you wouldn’t try to come again.”

Given that she has not raced much this term, Gosden is open to the notion of taking in the Breeders’ Cup Turf at Churchill Downs early next month, though he’ll wait to consult with his owner before making that decision.

“We’ll see how she is, Prince Khalid will make the final decision, as he always has,” he added.

“Give it 10 days – what she has done off this preparation has been extraordinary. It’s been a nightmare getting her here and I promise you she was 85 per-cent [in the Arc].”