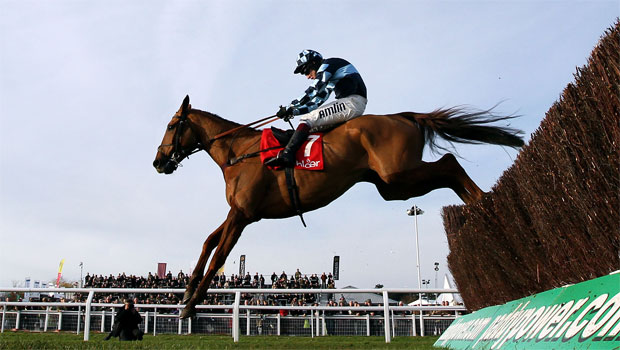 Wishful Thinking, runner-up in last year’s Old Roan Chase at Aintree, will bid to go one better in this year’s renewal on Saturday.

The Philip Hobbs-trained 10-year-old made his seasonal reappearance in the Grade 2 contest 12 months ago, finishing 23 lengths behind For Non Stop before going on to win the Shloer Chase at Cheltenham and the Game Spirit at Newbury.

The son of Alflora was well beaten subsequently by Sprinter Sacre in the Queen Mother Champion Chase, before rounding off a successful campaign with a gallant third to Sire De Grugy in Sandown’s Celebration Chase in April.

As a result he will have to shoulder top-weight should he line up at Aintree, but in his favour is the fact that he will step back up to two-and-a-half miles.

Hobbs said: “He is very likely to run. He’s got top weight, but at least that means he’s the best horse in the race. He’s in good form.”

He may need to be should Walkon also stand his ground. Trained by Alan King, the grey returned to form last term, finishing second in the Paddy Power Gold Cup and the Paul Stewart Ironspine Charity Challenge Cup at Cheltenham last season.

He was also second over the Grand National fences in the Topham Chase at Aintree, so has obviously got his jumping together.

King said: “I’m not sure if he’ll run or not yet. I’ve just given him the entry to have a look.

“We’ll have to decide whether to run here or go straight to the Paddy Power.”

Other entries include the Colin Tizzard-trained Oiseau de Nuit and the Paul Nicholls six-year-old Edgardo Sol.