Posted by chris schweizer on September 1, 2013 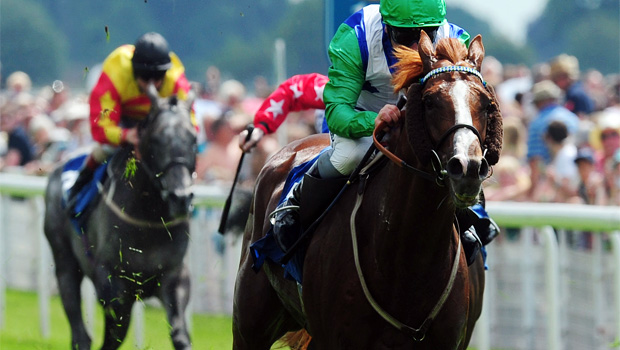 Sun Central may have his sights set higher after landing a Listed handicap at Chester at the weekend.

The William Haggas-trained four-year-old was withdrawn from two big races this summer, the Northumberland Plate and the Ebor because of rain-affected ground, but finally had his optimum conditions underfoot when scoring on the Roodee on Saturday.

“Group races are likely to be his next step and off his rating he should be competitive, if not up to winning at that level.”

A half-brother to George Washington, Sun Central put up an impressive display in the Silver Cup at York to advertise his stamina.

Trainer William Haggas said: “He did very well to win off a 108. It’s a pity we couldn’t have a stab at the Ebor, but that’s the way it goes.

“The ground was slow enough for him on Saturday and it was a messy race.

“He got the run of the race as he stayed out of the trouble, but it was a good performance and we’ll look to step him up to stakes company now. I don’t have a definite plan for him.”

The Qipco British Champions Long Distance Cup at Ascot has been mooted, but Haggas does not appear to fancy having a crack: “He’s in it, but you’d imagine the ground could be soft by then, ” he added.

“We have him and Harris Tweed in the race. One likes soft and the other likes fast ground, so I’d imagine we’ll have a runner.”