Posted by Fred McKinley on September 1, 2013 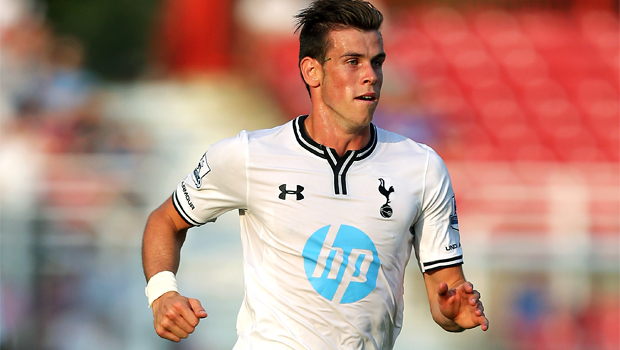 With Gareth Bale reportedly on the brink of joining Real Madrid, Spurs boss Andre Villas-Boas is already looking ahead.

Tottenham face their north London rivals Arsenal at the Emirates on Sunday afternoon, with the Bale saga casting a shadow over proceedings. The Welsh international, named Premier League Player of the Year last season, is determined to leave White Hart Lane sooner rather than later, but Villas-Boas has already been busy in the transfer market.

He said: “We knew we could probably lose one of the most influential players in Bale, so our idea was always to make the team stronger than the year before – and for that to happen some heavy investment is required.

“I gave the chairman my list and he’s been massively supportive. A lot of managers would love that. There has been great investment from the club.

“We want to be up there with the elite. The money has been put forward and reinvested back into the team.

“We are stronger now than the club that played Arsenal last year. We have more individual quality. I think that we did good things in the market to make us stronger and to give us the ability to rotate.

In contrast, Arsene Wenger has not been able to secure the services of various targets with the free transfer signings of Mathieu Flamini and Yana Sanogo the only new faces so far.

He also has injury problems to contend with, the latest being Lukas Podolski, likely to be sidelined for 10 weeks with a hamstring injury.

Despite their contrasting fortunes in the summer transfer market Tottenham head to the Emirates in the knowledge they have won just one of their last 22 away matches at Arsenal.