Stradivarius on course for St Leger 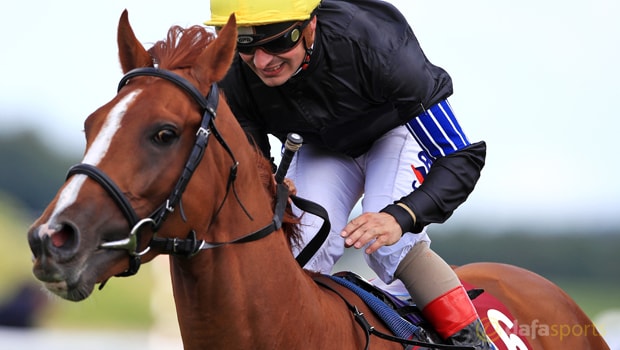 Trainer John Gosden has confirmed Stradivarius will run in next month’s St Leger at Doncaster following his victory in the Qatar Goodwood Cup on Tuesday.

The three-year-old took advantage of the weight-for-age allowance to beat the highly-fancied Big Orange during the Group One race, as he followed up his victory in the Queen’s Vase at Royal Ascot in impressive style.

Jockey Andrea Atzeni has been in the saddle for both those successes and Gosden was quick to pay tribute to the Italian for how well he handled the chestnut colt during his latest triumph.

“He’s not the biggest and he got knocked around a bit, but Andrea has been cool today,” Gosden said.

The British trainer went on to confirm that Stradivarius will now run in the St Leger, which is due to take place at Doncaster on September 16.

“He loves fast ground so it was good he handled this slower ground, but he’s got a big heart, which is important.”

Gosden has an impressive record in the St Leger, as he is a four-time winner of the race, with Masked Marvel claiming his most recent success in 2011.

Stradivarius is priced at 5.00 to win the St Leger, although he is likely to face stiff competition from the likes of Capri and Rekindling during the Group One race.