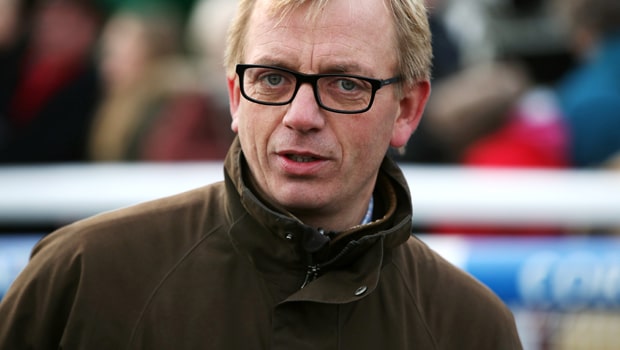 Warren Greatrex hopes La Bague Au Roi can use her speed over two-and-a-half-miles to secure a third Grade One win of the season over fences.

The mare was an impressive winner of the Kauto Star Novices’ Chase at Kempton over Christmas before adding a second top-tier prize at the Dublin Racing Festival in February.

The first of those came over three miles, while she had no issues when dropped in distance at Leopardstown.

Greatrex deliberately sidestepped the Cheltenham Festival given his charge has failed to excel at that track in the past and he’ll be hoping to reap the dividends now.

“We’ve decided to go for the Grade One on Thursday which is the opening race of the meeting,” Greatrex said. “We felt that with the rain they’ve had and a bit more in the forecast that Friday’s race over the longer trip could turn into a bit of a slog.

“We wouldn’t want that, she’s almost too classy for that kind of race on that ground and with her speed – I think she’d be fully effective at two miles – this is the right call.”

Greatrex is already talking about targeting open Grade One races like the King George next season and he admits her win in Ireland was a real source of pride to him.

“There was a huge amount of relief when she won the Flogas Novice Chase at Leopardstown as it was just a brave shout to go over there,” he added.

“When you’ve got Gordon Elliott, Willie Mullins, Henry De Bromhead and everyone else and you’re looking to win a Grade One basically in their back yard you could easily end up with egg on your face.”

La Bague Au Roi’s is 3.00 to win the Manifesto Novices’ Chase at Aintree on Thursday.