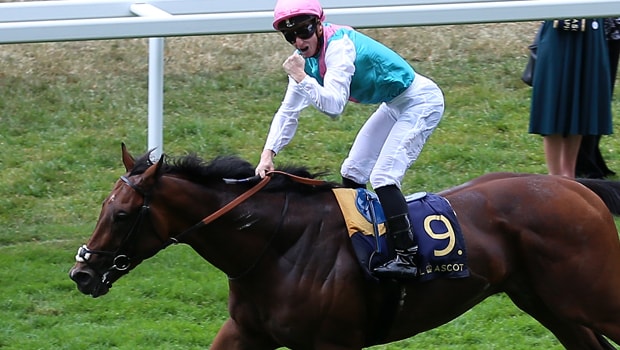 Sir Michael Stoute believes Expert Eye is “not far off” being Group One class and has suggested he’ll look at some big-race targets in France next.

Expert Eye saw off admirable veteran Gordon Lord Byron to win the City of York Stakes on Saturday, his second win of the season following an impressive Jersey Stakes victory at Royal Ascot in June.

In between, Expert Eye had finished an excellent second in the Sussex Stakes at Glorious Goodwood.

He’s firmly back on track following disappointing runs in the Greenham Stakes and the 2,000 Guineas back in the spring.

Expert Eye had looked a superstar in the making last season, winning his first two starts in fine style before a flop in the Dewhurst.

Frankie Dettori sent the strong-travelling Expert Eye to the front at the two-furlong pole in the York Group Three and, despite a valiant effort from three-time Group One winner Gordon Lord Byron, they were always doing enough to win thereafter.

His trainer feels he’s now got him right back on track, with previous worries about getting worked up in the loading process now gone, and they’ll look at some big-race targets in France in the autumn.

“He’s very nice and relaxed. The stalls’ situation has been resolved. He goes in better than ever now and he’s very relaxed when he’s in there. He seems in a good frame of mind,” Stoute said.

“We just need to eke out a little more improvement. He’s not too far off Group One (class) now.

“I’d be looking at France for the next step – the Moulin or the Foret. He’ll get a mile. I’m not worried.”