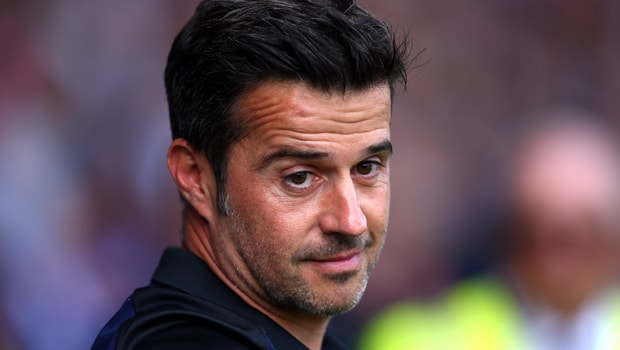 Marco Silva has indicated that Everton’s new signings Andre Gomes and Yerry Mina will not be ready for first-team action until after next month’s international break.

Silva signed the Barcelona duo on transfer deadline day but they are both struggling with minor injuries.

“It looks maybe after the international break they can start working with us,” said former Hull City, Watford and Olympiakos boss Silva.

“We will see next week how they are, and after that hopefully I can give a different update, but it is possible they will be able to play after the break.”

Everton have made a solid start to the campaign, drawing 2-2 with Wolves at Molineux despite having Phil Jagielka sent off in the first half, and then beating Southampton 2-1 last weekend.

Summer signing from Watford Richarlison scored both goals against Wolves and was also on the scoresheet against Mark Hughes’ side, as was Theo Walcott.

French midfielder Lucas Digne, who moved to Goodison Park from Barcelona on a five-year deal earlier this month, could replace Morgan Schneiderlin for Saturday’s game against Bournemouth while Bernard may also make his debut at the Vitality Stadium.

“It is important everyone is ready to play. We are working to put everyone on the same level because all together we will be strong,” the 40-year-old Silva added.

“Lucas is working with us. He had a small problem but everything is OK now. Bernard is improving his condition and doing well and I will take a decision on whether he can play.”

Everton can be backed at 2.70 to beat Bournemouth, who have beaten West Ham and Cardiff City in their first two matches of the campaign. A Cherries victory on the south coast is available at 2.60.