Shishkin makes a winning start at Kempton on his chasing debut

Posted by OLADIPUPO MOJEED on November 25, 2020 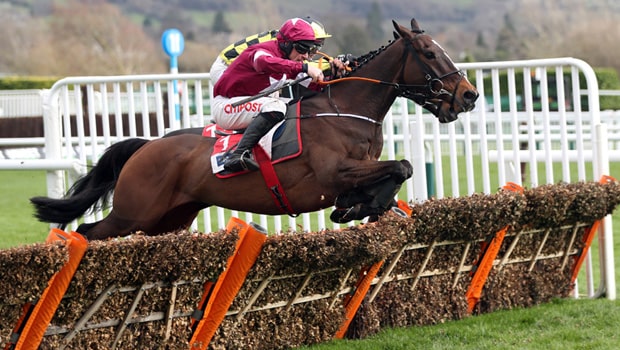 Shishkin has made a huge statement in his chasing debut at Kempton by beating other horses first to the finishing line.

The two-miller horse also runs in the colours of Joe and Marie Donnelly – the owner of two-time Cheltenham Gold Cup winner Al Boum.

The sparkling win gives Shishkin top marks from trainer Nicky Henderson after being a 1-6 favourite.

It could be recalled that Shishkin had emerged winner of the Supreme Novices’ Hurdle at Cheltenham in March. He started on a good note, taking the beginners’ chase by 26 lengths from Mick Pastor.

Due to his superb leaps under Nico de Boinville,  Shishkin has been compared to Henderson’s previous champion chasers Altior and Sprinter Sacre.

Speaking after the race, the Lambourn trainer described his performance as 10 out of 10.

Shishkin the become the talking point on social media, Twitter as he trended. Due to the Twitter trend, his odds for Cheltenham’s Arkle Chase later reduced from 2-1 to 6-4.

Henderson, who further described him as a natural two-miler with natural pace, said he’s a lovely horse.

He then revealed that he has been very lucky to be in the current situation; the team will probably follow the Altior route.

Unfortunately, during the race, Olly Murphy-trained Sangha River suffered a fatal injury. This a sad postscript to the race.

In another development, England has now lifted the ban on fans’ attendance at a sporting event in the wake of the battle against COVID-19.

After another four weeks of lockdown due to the resurgence of the dreaded virus in the country,  the call for the return of spectators suffered a huge blow.

For instance, there were 1,060 supporters who watched Northern Ireland play Slovakia in their Euro 2020 play-off final earlier this month. This was a test run of the event as the UK Government continues to look at the way it can avoid another resurgence.

The new protocol has now allowed a maximum of 4,000 fans at outdoor events in the lowest-risk areas. The four-week lockdown in England will end on 2 December.

Meanwhile, about 2,000 people will be allowed in tier two areas but none in tier three.