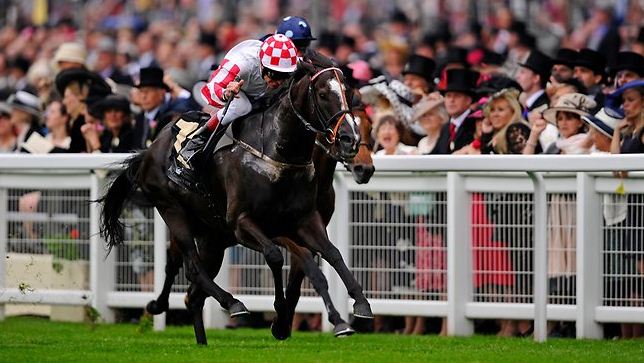 South African star Shea Shea, second to Sole Power at Royal Ascot, will have another crack at Group 1 glory in Newmarket’s July Cup.

The six-year-old ran a blinder in the King’s Stand Stakes, losing no caste in defeat to his illustrious Irish rival, and is being prepared for some big-time compensation in the Darley July Cup at the forthcoming prestigious Newmarket meeting.

The horse is already in prep work ahead of a tilt at the Group 1 contest, having worked on the course earlier this week under work rider Philip Shea, in a bid to get acclimatised to the track.

Mike de Kock’s assistant, Steve Jell, said: “He’s a lot more settled after the Ascot race and after a long break. He was quite fresh going into Ascot.

“It was really gutting, he was in front for such a long time and we would have liked to have been pulled through a bit more. Hopefully he will settle off the pace a bit more in the July Cup and make a run late.”

He added: “That’s his second bit of work at the course, he galloped here before Ascot and he knows what’s going on. His work this morning was pretty good and we will analyse the times when we get home.”

Shea Shea will be de Kock’s only runner in the July Cup, as the highly-rated Soft Falling Rain has still to recover from his exertions at Meydan in the spring, meaning that jockey Christophe Soumillon will once again be in the saddle.

The race is on July 13, and other fancied entries include Lethal Power and Society Rock, in addition to the King’s Stand winner Sole Power.