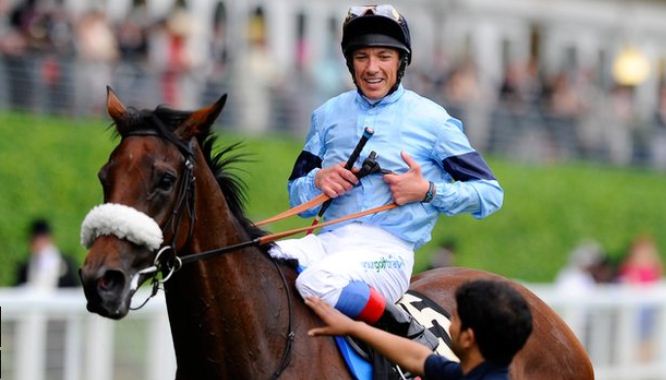 Jockey Frankie Dettori has been appointed as the new retained rider for Sheikh Joaan Al Thani.

Last year was one to forget for the Italian, who saw his place in the Godolphin pecking order taken by the new kid on the block, Mickael Barzalona, eventually ending his long and fruitful partnership with the boys in blue. It ended on an even worse note when he was found guilty of drug abuse and was banned from the sport.

Dettori was allowed to return on the eve of the Investec Derby at Epsom, and his new position will now see him partner some of the leading horses in training.

Al Thani has splashed the cash since taking an interest in racing, and his grey silks have been sported by the likes of St James’s Palace Stakes runner-up Toronado, Group One winner Olympic Glory and French 2,000 Guineas hero Style Vendome.

Peter Burrell, Frankie Dettori’s business manager, added: “The deal has been done, he’s got first retainer to ride for Sheikh Joaan who will have first call on his services. Frankie is thrilled to have this great opportunity.”

Dettori has already ridden for the owner this season, having partnered the Richard Fahey-trained Sandiva to second place in the Albany Stakes at Royal Ascot, where he also rode St James’s Palace Stakes fourth Mshawish for Al Thani, and is pleased to have been given this opportunity after the trials and tribulations of the past 12 months.

“I’m thrilled to have taken a job for an outstanding new owner and I’m looking forward to the association,” he said.