Athletics: Farah back in the groove 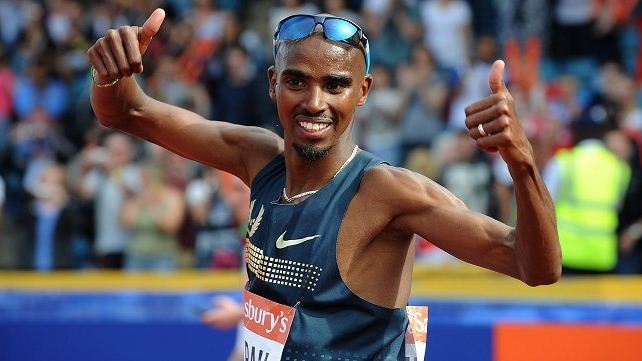 Mo Farah showed he is the man to beat at World Championships in Moscow by defeating two of his main rivals in Sunday’s Diamond League event in Birmingham.

The Sainsbury’s Grand Prix, held at the Alexander Stadium, drew a big crowd with some star names on view, and they were not disappointed as Farah produced a confident performance in the 5000m, drawing clear in the straight.

Given that the double Olympic champion had tasted defeat in the previous Diamond League event held recently in Gateshead, his run was clearly under scrutiny, but any doubts were dispelled as he left the two fastest men in the world this year, the Ethiopian pair of Yenew Alamirew and Hagos Gebrhiwet, toiling in his wake.

The African duo were seen as potential gold medal contenders in Russia in August, but on this evidence the only thing that can stop Farah from collecting is over-confidence.

As long as Farah’s good friend Chris Thompson is around there will always be a good pace to help, as was the case in Birmingham, as Thompson quickened to the front with two laps to go to help drag Farah to a time of 13 minutes 14.24 seconds, in what was the first major track meeting since last year’s Olympics.

Alamirew got closest to him but Farah was not in the mood to be beaten, posting a final lap time of 53.40secs.

He said afterwards: “The young guys wanted to beat me, I’m the man to beat.

“Today I had to dig deep. The guys were working as a team, but you’ve got to hold your form and make sure you have something left.

“I am training hard, it’s all about the World Championships.”