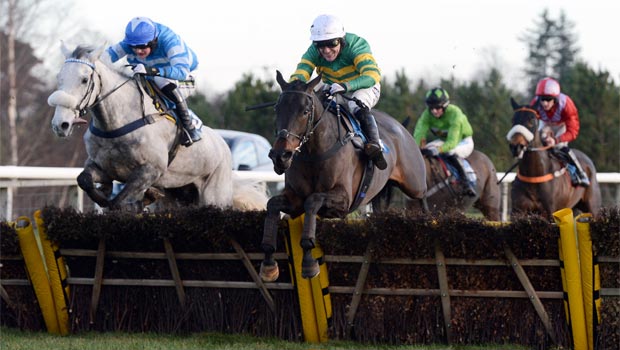 Seeyouatmidnight may turn out in the Premier Kelso Hurdle on Saturday week after his recent victory at Haydock.

The six-year-old novice overcame inexperience to land the Grade 2 Rendlesham Hurdle at Haydock at the weekend, seeing off the likes of Mickie and Celestial Halo in the process.

The latter won the Triumph Hurdle at the Cheltenham Festival six years ago and has won 10 times over hurdles, so it was no mean feat to lower his colours by Seeyouatmidnight, an ex-Irish point-to-pointer who lined up unbeaten in two starts since joining Sandy Thomson.

The Berwickshire handler was delighted with Saturday’s outcome and can now map out some bigger tests for his stable star, starting at Kelso en-route to Aintree in April.

He said: “He’s come out of the race absolutely fine – we were very pleased with him.

“He will be entered for the Premier Hurdle over two miles and two furlongs at Kelso.

“I’m not saying he will run, but we’ll enter him, have a look at the race, and see how he is the middle of next week before we make any decision, but it will then be on to Aintree.”

Seeyouatmidnight won despite the heavy ground at Haydock and the trainer is looking forward to his charge encountering better underfoot conditions.

“He won despite the ground on Saturday, he doesn’t need it soft. Aintree never has any firm in it, it’s always watered and it’s been so wet this year anyway,” added Thomson.

“He was very game on Saturday. Ryan (Mania, jockey) said that every time the other horse (Mickie) came to him, he just kept finding a bit more.”

The jumps game is dominated by the big southern yards at present, but Seeyouatmidnight could just be the one that slipped under their radar when shopping in Ireland.